After drug addiction and child molestation, Feldman and his Angels still rock on 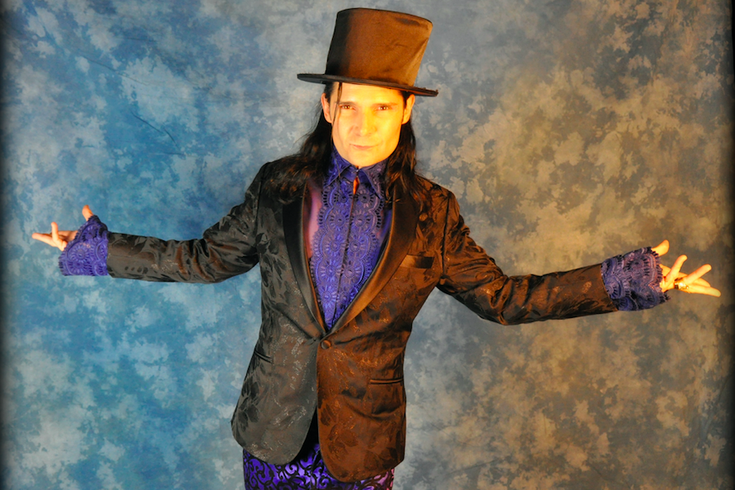 The former child star is focusing on music. Just like during his days as a young actor, Corey Feldman is pushing the envelope. It’s not uncommon for ice hockey players to continue playing after losing a tooth. But that’s not so for entertainers.

During a Fourth of July performance in Milwaukee, Feldman inadvertently knocked his front tooth out with his microphone.

“When I lost that tooth, everybody freaked out, but I just kept on going,” Feldman said.

“It didn’t stop me. I know a lot of pretentious singers would have run off stage and that would have been the end of the show, but I wouldn’t let that stop me.”

The former child star of the ‘80s, who was featured in such classic films as “Stand By Me,” "The Goonies" and “The Lost Boys” will never let a dental mishap slow him down.

"You have to be tough,” Feldman said. “You have to have thick skin when you do this.”

Feldman, 45, is a Hollywood survivor who lived through drug addiction and molestation.

“I’ve been through so much,” Feldman said while calling from Indianapolis.

“I’ve lived through the good and the bad. I never stop.”

The engaging singer-songwriter was crucified by a number of pundits after showcasing “Go 4 It,” an EDM-flavored tune, which inspired the versatile performer to dance wildly across the stage during a “Today Show” performance last year. Rolling Stone slammed Feldman for dressing up “like a grim-reaping matador while besieged by a band of women in angel costumes.”

“There was something strange about how Rolling Stone, Billboard and all of these publications slammed me right after 'The Today Show' performance,” Feldman said.

“It was pre-meditated. All of these publications had the same headline, which was like, “Corey Feldman’s Bizarre Experience” or “Has Corey Feldman Lost His Mind?” Their opinion was formed before me and the Angels hit the stage.” 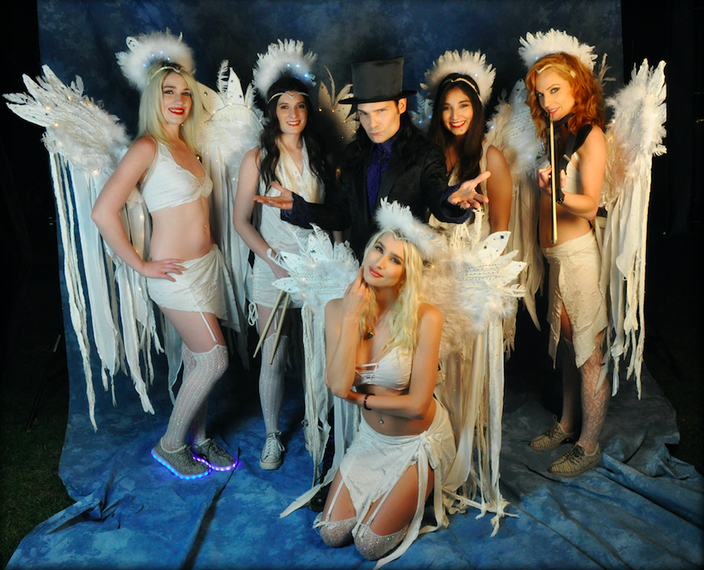 “In my world...It’s a...visual and musical experience. It will be unlike anything you’ve ever seen,“ said Feldman.

The Angels, a group of attractive, scantily clad young female musicians, is reminiscent of the lovely young ladies, who flanked the late Robert Palmer during his successful run of ‘80s videos for songs like “Addicted to Love.”


“But the difference between the girls in those videos and my angels is that my angels can really play,” Feldman said.

“The five girls who play with me are extraordinary musicians.”

The Angels, who will back Feldman, when he appears Thursday at Underground Arts, where he will showcase his latest album, “Angelic 2 The Core,” aren’t the same musicians, who were part of “The Today Show” performance.

“I make changes when I need to,” Feldman said. “The Angels who perform with me now are the best musicians I’ve ever worked with.”

Expect as much eye candy as ear candy when Feldman and the Angels perform at the Underground Arts.

“In my world, you focus on choreography,” Feldman explained. “You make it a theatrical experience. We’ve got videos, lasers, and even bubbles. It’s a two-hour visual and musical experience. It will be unlike anything you’ve ever seen.”