Dispatch: The most popular band you’ve never heard of 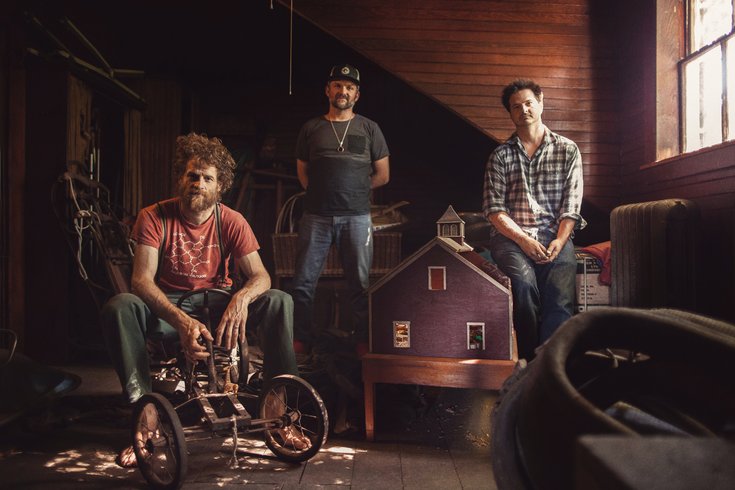 Dispatch is a classic DIY story. The band hasn’t had much radio play but has enjoyed plenty of success anyway.

Recording artists who sell out Madison Square Garden typically score considerable airplay and are usually household names. And then there is Dispatch, who has never had a radio hit but has headlined and packed arenas. It all started for Dispatch 20-years ago when it rode the wave of file-sharing.

“The General,” a quirky Dispatch tune, was embraced by fans, who heard the song on Napster.

“All of a sudden things blew up for us,” vocalist-drummer Doug Corrigan said. “It was amazing. A lot of people had issues with Napster but not us. We ended up on another level. We played places around the country where we had never been and people were singing the words to our songs.”

Fans are still singing along with Dispatch six albums in. “American, Location 12” which dropped in June, is just like its five predecessors since it moves in another direction. There are African influences throughout the powerful “Only the Wild Ones.” “WindyLike” is a psychedelic gem. “Skin The Rabbit” is a political and visceral track. You never know where Dispatch will go from track to track.

“That’s always been true for us,” Corrigan said while calling from New York. “We’re curious and we’re restless. We don’t want to make the same album or even the same song over and over.”

Dispatch, which will perform Sunday at the Mann Center, has never been so political. “We’re pissed off at the political landscape,” Corrigan said. “Things have to change. We have to look to the future and be concerned for our children.”

Corrigan and his bandmate vocalist-guitarist Chad Urmston are also concerned about Dispatch bassist Pete Heimbold, who has taken a leave from the band due to a battle with depression.

“For 20 years he’s been with us so it’s weird to be out on the road without him,” Corrigan said. “What Pete has gone through over the last couple of years with depression has been really intense. We had a bunch of meetings to talk about whether we should continue without him. We decided to keep on moving on with Pete’s blessing. Pete will be back with us when he’s ready. We’re all about shedding a light on mental wellness. A lot of people battle with depression. It’s something that can’t be taken lightly. You have to deal with it. It’s serious. Pete is dealing with it. He’s been so courageous.”

The plan for Dispatch, which formed 20-years ago in Boston, is to go back into the studio in autumn.

“We have a ton of material that didn’t make this record,” Corrigan said. “We want to make a record sooner than later. We feel like we’re in a really good place right now in terms of material. We want Pete to get better and join us when he can. Dispatch will be there for him. We’re not going to let him down and we’re not going to let our fans down.”