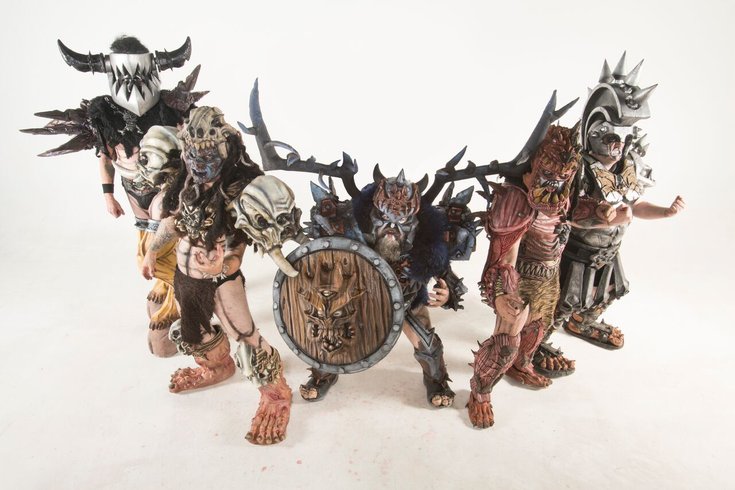 Eminem, Katy Perry and Kid Rock are some of the most successful Warped Tour alumni. Each of those recording artists went from unknowns while playing the eclectic festival to headlining

Who has the best odds of breaking out of this year’s Warped Tour, which stops Friday at the BB&T Pavilion? Futuristic, a charismatic young rapper, has a shot. His infectious single “The Greatest,” packs plenty of buzz. Jule Vera, an upstart indie rock band, is turning ears with the catchy tracks from its latest album, “Waiting on the Sun.”

“We have a bunch of acts who are out with us that can break this year,” Warped Tour founder and CEO Kevin Lynam said while calling from Charlotte. “You never know who will take off after playing the Warped Tour. G-Eazy was part of Warped Tour and so was No Doubt before they took off. But the cool thing about the Warped Tour is that it’s so diverse. It’s not just about the young bands, who might take off. We have everything here.”

Long-of-tooth straight-forward rock acts, such as The Alarm, veteran ska-sters Save Ferris, metalcore groups, such as Hatebreed and Blessthefall, young punks like Sonic Boom Six and hard rock freak show GWAR, are just some of the featured recording artists at the 23rd annual event.

“It’s a great opportunity for us,” GWAR guitarist Pustulus Maximus said while calling from Richmond. “We’re going to be playing in front of a lot of people that have never seen anything like GWAR."

The shock rockers will be tearing apart a life-size Donald Trump mannequin.

“It will blow you away when we destroy it,” Maximus said.

The Warped Tour has outlasted such ‘90s festivals as the Lilith Fair, Ozzfest and H.O.R.D.E.

“Who would have ever guessed that we would still be around and those other festivals would be history,” Lynam said. “The first year we did the tour (in 1995) wasn’t easy. People didn’t know what the Warped Tour was about. Once people found out how different we are, it got better.”

For the uninitiated, the Warped Tour features dozens of bands on separate stages. It’s an egalitarian festival. Each band performs for a half-hour and performs at different times each day. The lineup is posted each morning. An established act like Goldfinger or Silverstein could hit the stage at 1 p.m.

“It’s a good reason to come out early,” Lynam said. “You don’t want to miss anything. Why not spend the whole day at Warped Tour. It’s like we’re bringing the country fair to town.”

Hardcore lifers Sick of It All is the lone group on this year's tour that was along for the original ride in 1995.

“Bands come back again and again because they love being part of this,” Lynam said. “They love the camaraderie. The backstage scene is just as much fun as anything. Bands have the barbecue going. The Warped Tour is a non-stop party on stage and off stage.”

Vans Warped Tour appears Friday at the BB&T Pavilion, 1 Harbour Blvd., Camden. GWAR, Hatebreed, Blessthefall, Goldfinger, Emmure, Too Close to Touch, Sonic Boom Six, the Alarm, The Adolescents, Anti-Fla and Sick of it All, among many other acts. Tickets are $41.50. Show time is 12:30 p.m. For more information, 610-784-5426