Candid R. Kelly (but don't ask him about that pi**ing incident) 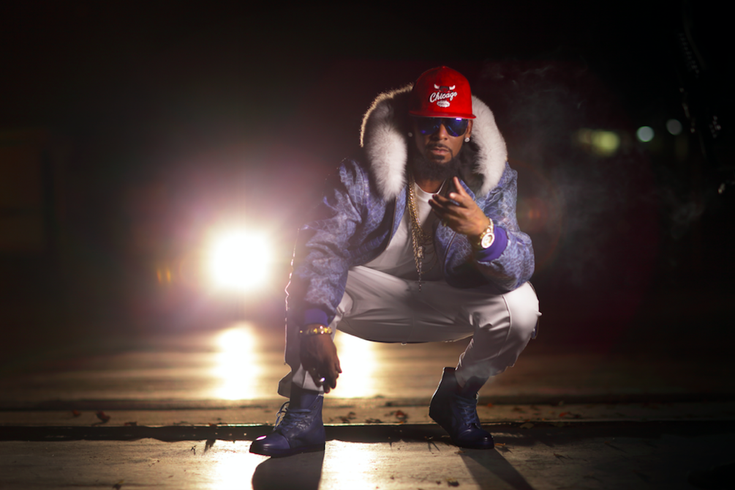 R. Kelly is a complicated dude. You never know what you’ll get with the talented but controversial singer during an interview. The suave R&B artist, who has been a star ever since he hit the Billboard charts during the New Jack Swing era a quarter century ago, has abruptly ended chats.

His checkered past – he allegedly videotaped sexual acts with underage girls, for which he was later acquitted – is off-limits to journalistic inquiries. Who knows what Kelly is up for during a Q&A? When chatting up his East Coast swing, Kelly, who will perform Saturday at the BB&T Pavilion, gushed when New Jersey was mentioned. He happily looked back at his time as a reserve guard for the Atlantic City Gulls during the late ‘90s.

“That was so much fun,” Kelly said while calling from Los Angeles.

“Any time I go back to New Jersey, I think about what I did on that basketball court with the Atlantic City Seagulls.”

What Kelly did was akin to what Michael Jordan accomplished when he left the Chicago Bulls (who he led to NBA championships) for minor league baseball with the Chicago White Sox franchise. Jordan and Kelly both made headlines for their surprising pursuits. Each returned to what made them legendary.

“When I focused solely on music again, I felt recharged,” Kelly said. “I love making music.”

You listen to a lot of hip-hop and it’s about things...We all need love. We don’t need things.”

Kelly, 50, has sold more than 100 million albums. The charismatic entertainer, who engages the audience like no other recording artist, impresses with his latest project, “The Buffet.” His 12th album is comprised of love songs, which range from soothing to sleazy. “Sextime” and “Poetic Sex” are full of lewd and deep R&B grooves.

“I have a certain style that fans know of and expect,” Kelly said. “It’s all kind of natural for me.”

Love songs are not in vogue like they were when Kelly’s career commenced during the late 80s.

“That’s sad because love is what everyone can relate to,” he said.

“You listen to a lot of hip-hop and it’s about things. But what life is about is love. We all need love. We don’t need things.”

“I can ball, but music is where I was meant to be. I don’t think you can argue that.”

It’s not uncommon for musicians to dream of being sports stars and vice versa. Allen Iverson and Shaquille O’Neal tried to become rappers.

“I guess the grass is always greener,” Kelly said.

“I had fun playing basketball in New Jersey, but what I’m meant to do when I go back to New Jersey is play my songs. I love doing it. I don’t take it for granted. I’ve always worked so hard at my craft. It’s what I’m all about.”