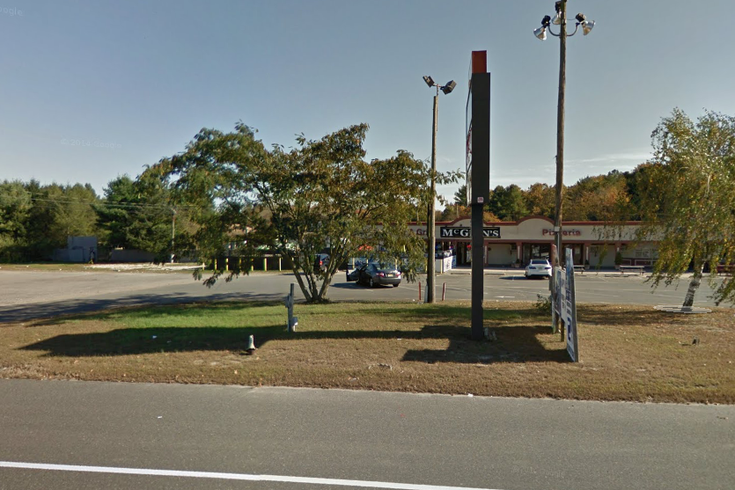 The parking lot on Monmouth Road in Jackson Township where prosecutors say two people were stabbed.

According to prosecutors, the incident occurred at a parking lot located at 571 Monmouth Road around 7 p.m. Saturday.

Police responded to the scene and found a 35-year-old woman with a wound to her arm and a teenage male who had multiple stab wounds to his back and torso.

Authorities say that the suspected weapon was found tossed into a nearby wooded area.

According to prosecutors, the people involved in the incident know each other. Their identities have not been released.

The suspect is being held at Ocean County Jail in lieu of a $100,000 bail. Authorities are still investigating the incident.