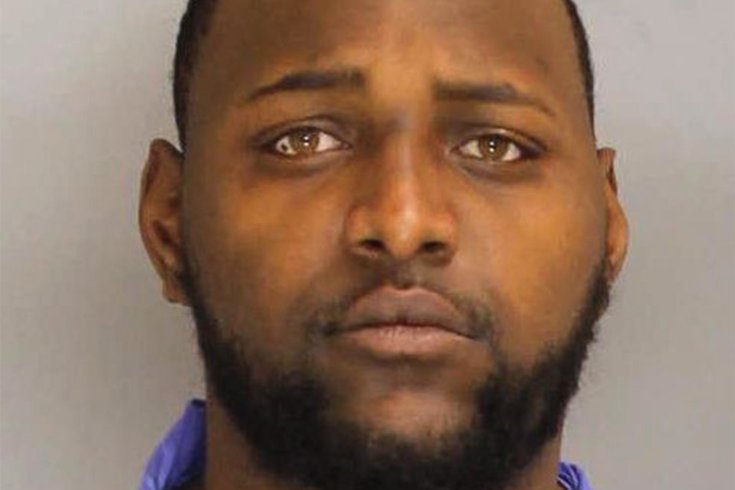 Jules Demetris Ross Jr., 26, of Upper Dublin, was charged with the Saturday stabbing death of Johnny Johnson, 49, at a township home, according to Montgomery County authorities.

An Upper Dublin man was arrested Saturday and charged with the first-degree murder of his mother's boyfriend.

Jules Demetris Ross Jr., 26, of the 100 block of Girard Ave. in the North Hills section of the township, was charged with the stabbing death of Johnny Johnson, 49, who apparently lived at the same address, according to Montgomery County officials.

According to authorities, Upper Dublin police responded to a call of a reported stabbing just after 5 a.m. Saturday to another address on the street.

According to an affidavit of probable cause, officers responding to the scene found Johnson with an apparent stab wound to the neck. A woman at the scene, identified as Chiquita Brown, 46, told police that Johnson was stabbed by her son, Ross.

According to the affidavit, Brown told investigators that during the early morning hours Saturday she and Johnson were having a verbal argument in their bedroom. Ross knocked at the door and told Johnson to "cut the noise," Brown said.

Brown told her son "they were fine and just arguing," the affidavit said. The argument continued for several more minutes and as she walked from the bedroom, Ross charged past her, saying "you hitting my mom," Brown told detectives.

Brown then heard Johnson asking for help as he was stabbed and she could see Johnson bleeding from the neck and Ross holding the knife, according to the affidavit.

In an interview with detectives, Ross allegedly admitted stabbing Johnson, but gave a different account than his mother, the affidavit said.

Ross told police he had placed the knife inside a kitchen drawer, the affidavit said. An apparently bloody knife was recovered from a drawer by crime scene investigators.

Johnson was taken to Abington Memorial Hospital, where he was pronounced dead.

Ross, who was taken into custody at the scene, was arraigned before Magisterial District Judge Juanita Price in Jenkintown.

With bail not available in first-degree murder cases, the defendant was remanded to the Montgomery County Correctional Facility, authorities said.

A preliminary hearing was scheduled for 10 a.m. on Feb. 15 before Magisterial District Judge Patricia Zaffarano of Upper Dublin.