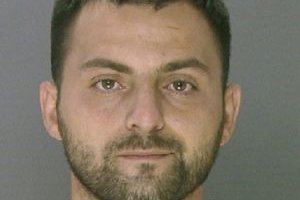 The man who killed a mother and her three sons while drag racing on Roosevelt Boulevard was sentenced to prison Monday.

According to the Philadelphia District Attorney's office, 25-year-old Khusen Akhmedov of Lancaster County was given 17-24 years after being found guilty of four counts of third-degree murder this summer.

The Philadelphia Inquirer reports that the sentencing in a Philadelphia courtroom followed emotional testimony from the family of 27-year-old Samra Banks and three of her children, aged between 4 years and 7 months, who died when Akhmedov struck them while they were crossing the street.

Akmedov had a history of traffic violations and cared more about showing off his car than the safety of others, according to prosecutors.

Two of Banks' kids survived after stepping onto the grass median just before their family members were hit.

Banks' family cited the emotional toll the deaths had taken on the children as well as themselves, according to the Inquirer. Akmedov reportedly apologized profusely to them during the sentencing.

The man Akhmedov was racing, 32-year-old Ahmen Holloman, pleaded guilty in July to four counts of vehicular homicide and received a sentence of five to 10 years in prison.