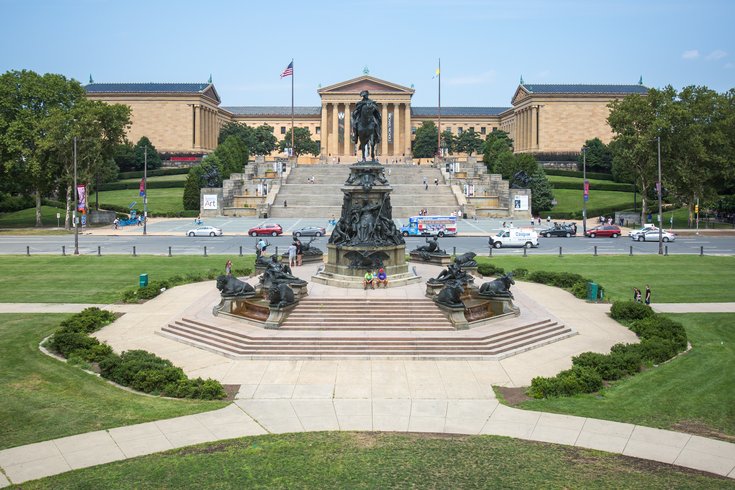 New Year's Day celebrations went awry for one man who slipped and met a particularly gruesome fall while reportedly photographing the Mummers Parade.

A 21-year-old unidentified man told police he was taking photos of the parade from 2600 Benjamin Franklin Parkway, at Eakins Oval near the Philadelphia Art Museum steps, from the vantage point of the Oval's Washington Monument. The monument features a uniformed President George Washington surrounded by Native Americans, as well as animals native to the United States.

When he fell, he he landed on the antlers of the deer sculpture of the Washington monument. He was impaled on the left side of his body, 6ABC reported, and medics responded just shortly before 4 p.m. Tuesday.

He was taken to Hahnemann Hospital for laceration treatment and is in reported stable condition.