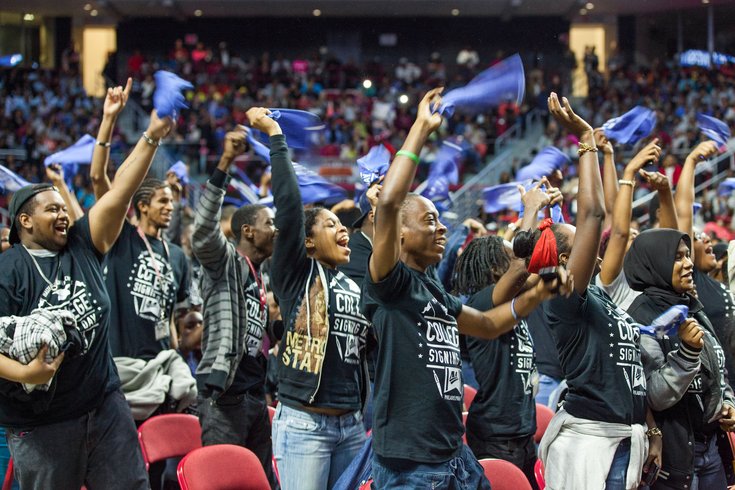 Vonshae Hubbard was entering the 10th grade at Mastery Charter School when her mother died, leaving her father as the sole caretaker of four children.

“It was really challenging,” Hubbard said. “But I made it through with the support of my school. They really were there for me the whole entire time — and still are there for me. The opportunities that they gave me, it was just wonderful.”

Hubbard, the oldest of four children, rededicated herself in the classroom, hoping to ensure her success and serve as an example to her siblings.

Hubbard was among 565 Mastery seniors who gathered Tuesday at Temple University to celebrate Mastery Charter’s College Signing Day, a rally designed to highlight the college and postsecondary destinations of its graduating class.

In the fall, she will enter Mount Ida College in Newtown, Massachusetts, where she will pursue a career as a funeral home director. Hubbard, who received a $60,000 scholarship, selected the path to honor her mother, who worked in funeral services.

“That’s where my heart is set,” Hubbard said. “I really love it.” 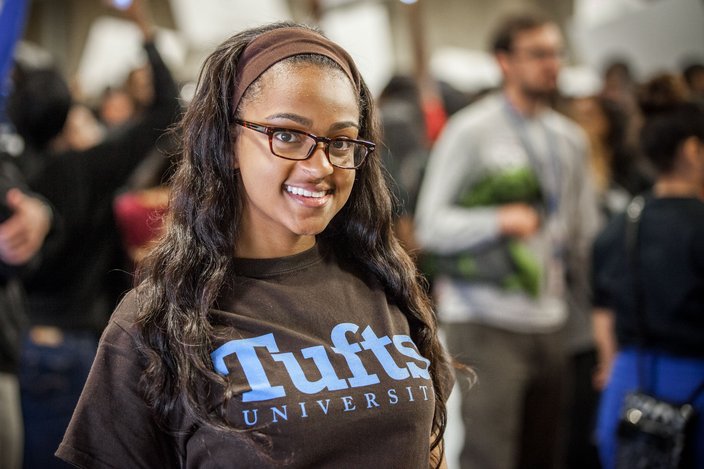 Evana Wilson, a graduating senior at Mastery Charter's Simon Gratz High School, has a full scholarship to Tufts University, where she will study to be a research physician. “Hopefully, I’ll find a cure (to a disease) before I die,” she said. (Thom Carroll / PhillyVoice)

Thousands of parents, teachers, and students from Mastery’s 17-school system packed into Liacouras Center, where the seniors’ names, college and postsecondary destinations ticked across the scoreboard.

Balloons, mascots, cheerleaders and a drumline added to the excitement as the seniors entered the arena floor behind large placards showcasing their next destinations.

“When you are part of a family, you are supported, you are loved and you are pushed,” Mastery Chief Executive Officer Scott Gordon told the seniors. “But you also have a responsibility. You’re making that transition now.

“We need you back here to make this a better world and to make your neighborhoods better places.”

Ninety-six percent of Mastery’s seniors are set to attend college or postsecondary programs. The graduating class, which has students enrolled in 120 institutions ranging from Drexel University to Empire Beauty School, has amassed $18 million in scholarships.

That group includes Evana Wilson, who has a full scholarship to attend Tufts University in Medford, Massachusetts. There, she will study biomedical engineering on a premed track.

“I want to be a research physician,” said Wilson, who attends Mastery’s Simon Gratz High School in Hunting Park. “Hopefully, I’ll find a cure (to a disease) before I die.” 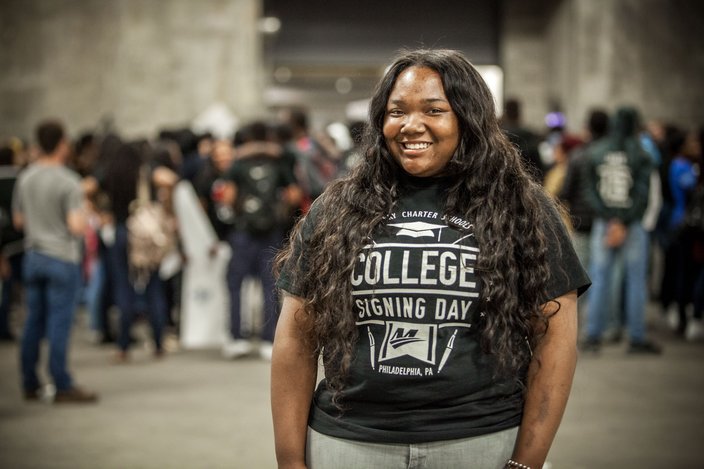 Vonshae Hubbard, who will graduate from Mastery Charter's Shoemaker High School, will attend Mount Ida College in Newtown, Massachusetts, to pursue a career as a funeral home director. She chose that career path to honor her late mother, who worked in funeral services. (Thom Carroll / PhillyVoice)

Looking back, Wilson said she initially found adjusting to high school difficult. But like Hubbard, Wilson said she took advantage of any opportunity presented to her, receiving guidance from administrators and enrolling in multiple science courses to prepare for her engineering pursuits.

Sionie King, a senior at Mastery’s Lenfest campus in Old City, will be enrolled in an honors program at the Community College of Philadelphia. She selected the school in hopes of mitigating debt before transferring to a four-year college.

“My teachers really pushed me to learn stuff that I never knew before,” King said. “It’s a good environment. They push us to be the best that we can. It’s very college preparatory.”