A Pet of the Week Update: Despite intensive care, Salvadog dies 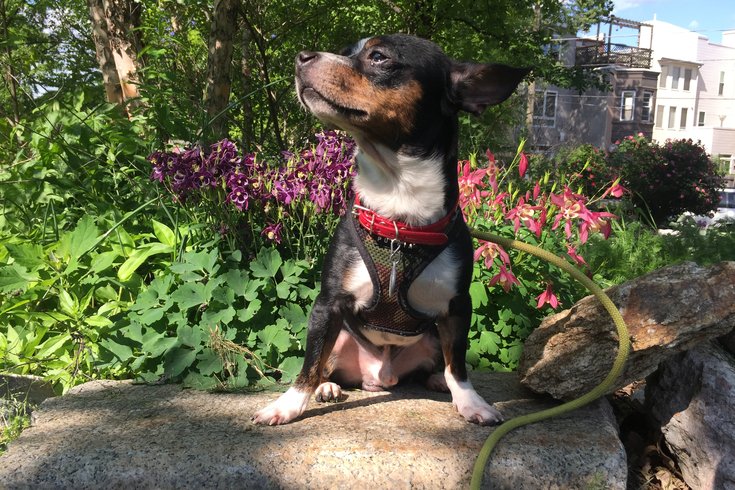 Salvadog Dali is an artful mix.

Update: Salvadog Dali, who PhillyVoice featured a month ago for adoption, died this past weekend.

Shorty after being featured, the Chihuahua mix was adopted by a loving couple, Cher Bryant and Brian McCracken, and given a new name - Laddy.

But soon after arriving in his new home, Laddy became ill and after numerous tests was transferred to the intensive care unit at the University of Pennsylvania Veterinary Hospital where scans showed that his lungs were completely blocked, according to Street Tails Animal Rescue, which had placed the dog with the couple.

According to the folks at Street Tails, which had helped organize a Facebook donation site to help with mounting medical bills, Laddy was taken off life support on Saturday after his condition worsened. According to Bryant:

Laddy’s breathing was getting worse. The nurses had increased his oxygen level from 60 to 80 percent and he was still having trouble breathing. We met the doctor and Penn and decided that it was time to let Laddy go.

My heart hurts so much. We had such a short time with him, but his spirit and his love was wonderful. He fought so hard.

I’ve learned there are a lot of wonderful people out there who have loving hearts and support others without judgment. We’re so blessed to have this support system. Thank you for everything you’ve done.

Donations for Laddy and his family were still being collected at this Facebook page.

Here is the original story on Salvadog/Laddy: 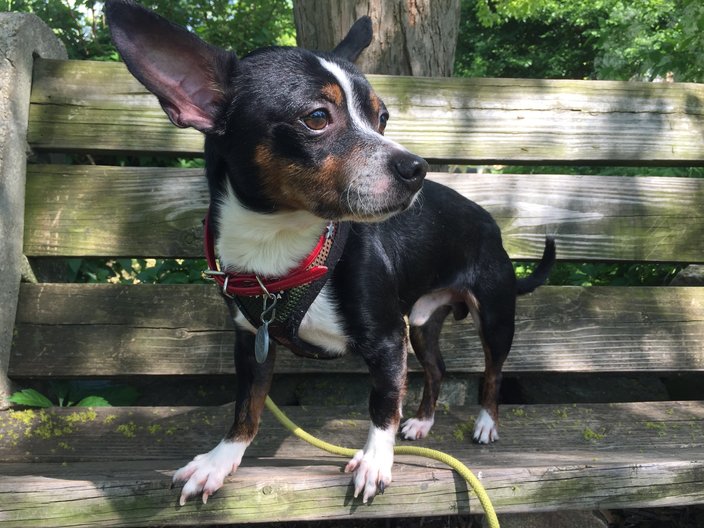 Salvadog Dali is ready to find a forever home.

TEMPERMENT: Shy upon introduction but becomes an entirely different dog when given time to warm up to new company. Sweet and loving once he opens up.

FUN FACTS/BRIEF BIO:    Salvadog Dali is ready to leave the stress of the kennel and paint a picture of the perfect life with you. This timid boy was found as a stray before ending up at STAR where he is slowly learning to love. He enjoys other dogs and is currently working on coming out of his shell with the new people he meets. Those who put in the time will find it hard not to love this sweet little guy who has a personality large enough to make up for his size. Adopt Salvadog Dali by filling out an application at www.streettails.org.

In hopes of finding forever homes for homeless dogs and cats, PhillyVoice is working with Street Tails Animal Rescue, a local shelter, by highlighting an individual pet. Street Tails Animal Rescue (STAR) is a 501(c)3 non-profit organization dedicated to helping the homeless, unwanted, and abandoned dogs and cats in the Philadelphia area. Walk-ins are welcome during business hours Tuesday – Friday from 11 a.m. to 7 p.m.; Saturday from 11 a.m. to 6 p.m.; and Sunday from 12 p.m. to 5 p.m. Dog meets are done with approved adopters by appointment. Adoption fees may vary but are typically: Dogs - $350 Cats - $75 Kittens - $100. All animals are spayed/neutered, brought up to date on vaccinations, and microchipped prior to adoption. To fill out an application to adopt or volunteer, make a monetary donation, or to see frequently needed donations, please visit streettails.org.