Researchers design self-administered birth control patch, effective for one month at a time

Designed to be easy to use, cheap and effective — all without having to see your doctor 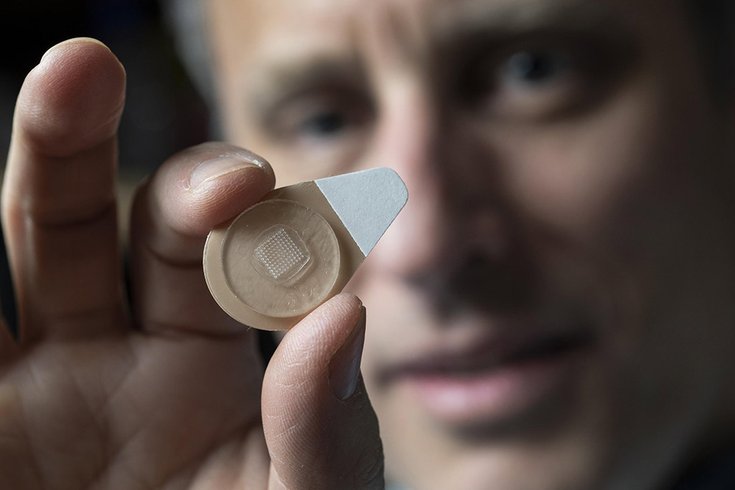 Regents Professor Mark Prausnitz holds an experimental microneedle contraceptive skin patch. It is designed to be self-administered by women for long-acting contraception.

The dream of being able to have birth control when you need it, without a visit to the doctor’s office or having to remember to take your pill every day, is on the horizon.

Researchers at Georgia Tech are developing a painless, contraceptive microneedle patch that women can apply themselves — likely into an arm or leg — in five seconds, and only needs to be done once a month, a news release explains. The best part? No doctor visit is needed.

The patch — not to be confused with a stick-on nicotine patch — uses dissolvable microneedles that implant into a woman’s skin and slowly dissolve over time, delivering a hormone that is the basis of the most popular contraception, a drug called levonorgestrel that is the active ingredient in the "morning after" pill, New Atlas explains.

The technology is based on a similar approach developed by the university to make needle-free vaccines, the researchers explain in their study published in the journal Nature Biomedical Engineering.

According to News Atlas:

Microneedle patches have a wide range of advantages: people can administer them at home without needing medical supervision, and because the needles end up in the skin, there's no hazardous sharps waste. They're also relatively inexpensive and don't need to be refrigerated, making them easier to store and transport.

While it works in the same general way as the other patches, the Georgia Tech researchers developed a new design that would let it slowly release the payload over a month. Tiny air bubbles are molded into the tops of the microneedles, so that when the patch is shifted sideways the needles break off easily. The microneedles are made of the active ingredient levonorgestrel, mixed with polymers that safely break down in the body, releasing the drug for weeks at a time, and potentially longer.

The team found that 100 microneedles were enough to raise levonorgestrel levels in the bloodstream high enough to have a contraceptive effect on rats involved in their testing. But they could not determine if this dose would prevent pregnancy, the release explains.

While a human study is need to confirm the efficacy of this birth control method, researchers believe the patch could be formulated to deliver hormones for as long as six months, or for periods as short as one-week.