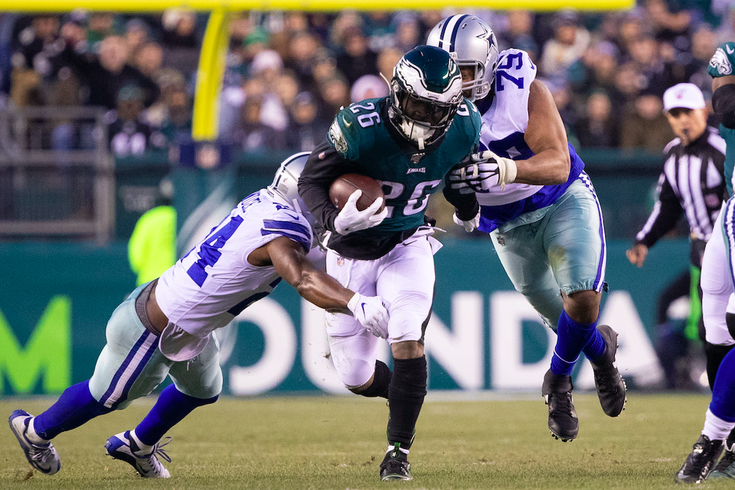 Philadelphia Eagles rookie running back Miles Sanders has had an impressive first campaign in the NFL, powering the team's offense down a stretch run that has them on the precipice of an improbable division title.

The eye test strongly suggests that Sanders, who arrived in Philly as a second round pick out of Penn State, is the most promising tailback the Eagles have had since LeSean McCoy debuted in midnight green in 2009.

In the days after the Eagles' 17-9 victory over the Dallas Cowboys last Sunday, Sanders took to Instagram to show his love for Philadelphia.

For the LOVE of the city #flyeaglesfly

In the comments on his post, Sanders received high praise from McCoy, who's now the leading rusher for the Kansas City Chiefs.

Sanders' stats through 15 games in 2019 have already placed him in the Eagles' record books and among rare company in NFL history. He has the most rushing yards and most all-purpose yards for a rookie in Eagles history. League-wide, he's just the eighth rookie ever to amass 750+ rushing yards and 500+ receiving yards in a season.

In McCoy's six seasons with the Eagles, he became the franchise's all-time leading rusher. While the Eagles' scheme has shifted toward more of a committee approach under head coach Doug Pederson, Sanders has already proven he has the tools to give Shady's record a challenge in the years to come.