Firefighters hailed for a hellish night of 133 fire calls 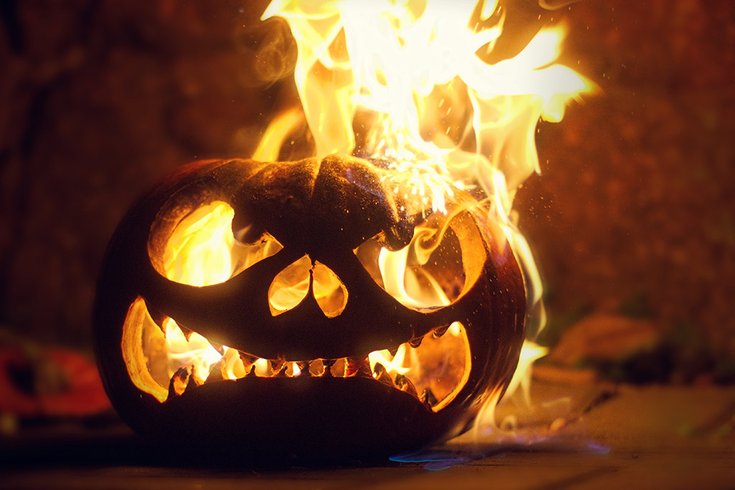 We don't think pumpkins would be mad if you added Fireball whisky to their namesake dessert pie, but you never know.

Camden had a night like no other before – or since – on Mischief Night 26 years ago.

"After a certain hour, it was chaos," recalled lifelong resident Thomas Olavarria, 49, who could see two nearby rowhomes ablaze simultaneously from his home on York Street, one of the worst hit areas of the city.

"They are 100-year-old rowhomes and many are abandoned. Once one got lit up, it was possible the whole row would go," he said.

A record 133 fire calls were sounded that hellish night in 1991 – the single busiest day in the history of a fire department which began in 1869, according to an official account.

Almost all of the fires – 120 – came after 8 p.m. Most of the arsons came after 10 p.m., when the city's curfew went into effect. The majority were set by teenagers roaming the streets.

The city, filled with thousands of abandoned structures – most of the fires were set in empty buildings – had 165 firefighters on duty that night instead of the typical 40. More than 60 fire companies from outside the city – drawn from Camden, Gloucester and Burlington counties, as well as Philadelphia – were also staged in the city.

With several shootings in the city during the fires, firefighters were wary.

York Street saw the worst of it.

"This corner, North 5th and York streets, was called the 'danger zone'" said Olavarria of the neighborhood which 25 years later is pocked by empty overgrown lots connected by worn streets and sidewalks.

His neighbor, Moca Gonzales, pointed to a place on 5th Street, shaking his head. "That's where the paddy wagon was. They kept loading in teens. They couldn't keep up."

"But the firefighters? They did their job," said Olavarria.

Still, he stayed up that night until the neighborhood quieted around 3 a.m., worried that his home and small children could be in danger.

As the official report of the aftermath said, quoting then-Chief Kenneth L. Penn: “Quite often, as soon as one company completed an assignment, they were dispatched immediately to another.”

Miraculously, just a few firefighters were injured, and the injuries were minor.

Fire calls continued into Halloween. There were 81 alarms that day – more calls for service than on the previous two years’ Mischief Nights.

John Marini, who retired as chief of the department, was a captain in 1991. He was working fire communications during Mischief Night and recalls the sequence of events.

As soon as Camden schools let out, there were "nuisance fires" – trash and grass, he said. As soon as the sun went down around 6 p.m., the blazes began in earnest.

"It was widespread mayhem. There was no discernible pattern," said Marini, who still lives in Camden County.

While days and days of major fires in Camden during riots in the 1970s were more devastating, according to the former chief, the concentrated burst of fire activity on Mischief Night made for "the single biggest fire tour in the history of the department."

"It was just a remarkable fire event," said Marini.

On that record-setting night in 1991:

• 49 calls were for structure fires – 38 of them for dwellings

• Another 51 were grass or rubbish fires

• 11 were accidental or malfunctioning alarms

• Firemen responded to one auto accident

• Three fires were multiple alarms: a 5-alarm blaze in a discount store near Haddon and Kaighn avenues destroyed a South Korean immigrant’s livelihood; a 3-alarmer on York Street; and a 2-alarm fire at Fourth and Division streets.

Camden had experienced fire call increases on Oct. 30 and 31 in the years leading to 1991, but nothing of this magnitude. Service calls during October 1991 had run at 15 per day. Calls on Mischief Night 1991 represented a 700-percent increase.

Only the central business district, the waterfront, and the industrial district near the Cooper River stayed relatively unscathed, with just one small kitchen fire and a grass fire. 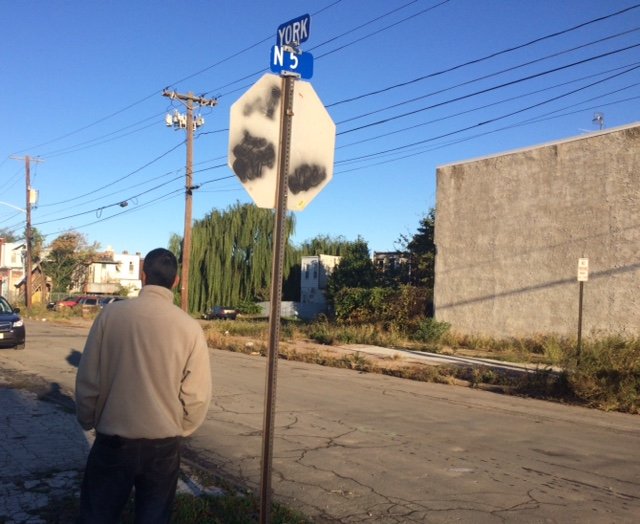 Thomas Olavarria, 48, vividly recalls Mischief Night in Camden 25 years ago. “After a certain hour, it was chaos,” the lifelong resident of North Camden said. “But the firefighters? They did their jobs.”

The Associated Press reported that Deputy Fire Chief James Nash said ''residents were throwing rocks and bottles at firefighters as they tried to put out the fires.''

A family’s rowhome burned down when a fire begun by a Molotov cocktail hurled into a nearby abandoned building spread to their home, according to United Press International.

Police reported getting 520 calls on Mischief Night, 116 of which were considered reportable incidents.

Firefighters who endured the tour made and wore T-shirts memorializing the night.

A video about the event dubbed the record-setting night: “Devil in Camden.”

The video was shot by Vito Maggliolo, a fire buff and a CNN assignment editor from Washington, D.C. who knew about arsons in Detroit during what they referred to as Devil's Night – another name for Mischief Night.

He had read about the increasing number of arsons in Camden on Mischief Night in a magazine for firefighters and decided to take a look for himself on that night in 1991.

Maggliolo, who now works in fire communications in Washington, told PhillyVoice that he and a friend saw smoke from a North Camden fire as they made their way into Camden from Philadelphia via the Ben Franklin Bridge.

The following year, the city added more personnel and imposed a curfew from 6 p.m. Oct. 30 to 6 a.m. Oct. 31 for all Camden residents ages 5 to 17 unless accompanied by a parent or guardian.

Camden Fire Chief Michael Harper did not respond to several requests for comment from PhillyVoice.

Vincent Basara, a spokesman for the city, said the Camden of today is "promoting vibrant initiatives while encouraging positive interaction in the community," assuring  "its residents – and particularly the youth of the city – have plenty of programs and positive activities to take part in."