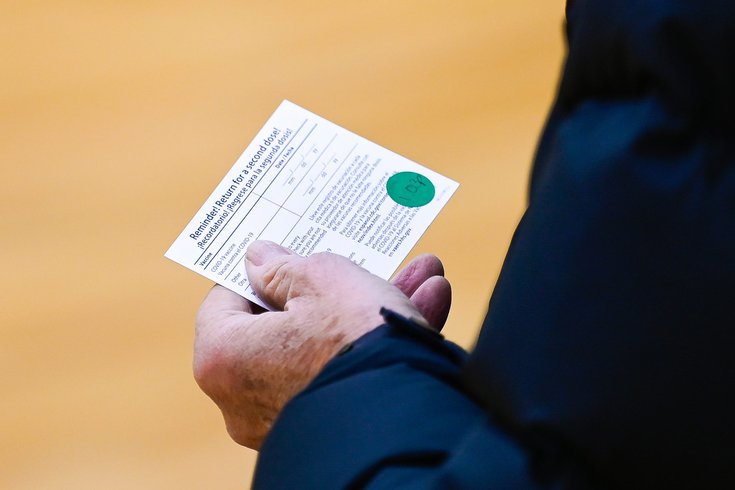 People who missed an appointment for a second dose of a COVID-19 vaccine should still go get it, health officials say. Research shows that two doses are needed for strong protection against the rapidly spreading Delta variant.

Nearly half of the U.S. population is now fully vaccinated against COVID-19, but the spread of the highly infectious Delta variant has led to rising case counts in almost half the country.

The Delta variant, which has created setbacks around the world, now accounts for more than half of all new COVID-19 cases in the U.S., according to the Centers for Disease Control and Prevention. At least 24 states have seen a case increase of at least 10% over the last week.

A peer-reviewed report from French researchers published Thursday in the journal Nature found that mutations in the Delta variant can get past the antibodies produced by vaccines or natural infections. Protection from just one shot may be very little — and that's especially concerning with a strain that has become dominant in the U.S.

The same study in France found that people who received the full two-dose regimen of either the Pfizer or AstraZeneca vaccines will have robust protection against the Delta variant. Their findings followed a similar report in the New England Journal of Medicine, which concluded that the full course of mRNA vaccines — those made by Pfizer and Moderna — appears to offer significant immunity.

The changing face of the coronavirus has meant that its mutations necessitate constant research and monitoring. Earlier in the pandemic, some research out of the University of Pennsylvania indicated that one vaccine dose may have been sufficient for protection from earlier widespread strains of the virus. But the evolution of the virus has shown that it develops new ways to evade antibodies, whether they're from a vaccine or a previous natural infection.

For those who received a first vaccine dose but didn't return for their second, health officials are strongly encouraging people to get a second shot. It's better late than never.

In Philadelphia, the health department has grown increasingly worried about the Delta variant and the need to ensure that residents get fully vaccinated.

"People who are only partially vaccinated, which means they only have one dose of Pfizer or Moderna, are only 33% protected," the health department said last month. "Just getting that second dose raises your protection up to nearly 90%."

On Twitter, Mayor Jim Kenney urged Philadelphia residents to make time to get a second shot, regardless of whether they missed their original appointment or the recommended six weeks to get both shots have passed.

A health department spokesperson said only about 6-7% of Philadelphia residents are late for their second doses, on average, but the increased risk makes the issue a bigger concern.

"We've been pushing second doses as much as possible not because there is a large percentage of people who are missing them, but because of the Delta variant," the spokesperson said.

The city has set dates for two dedicated vaccine sites where people who have missed their second doses can get them. They will be holding clinics on the following dates for each of the vaccines.

Most local pharmacies also will give second shots to people who are due or overdue, regardless of where the first dose was administered. Residents are advised to check with their local pharmacy for details.

As of Thursday, 58.8% of Philadelphia residents are fully-vaccinated and 72.7% are partially vaccinated.