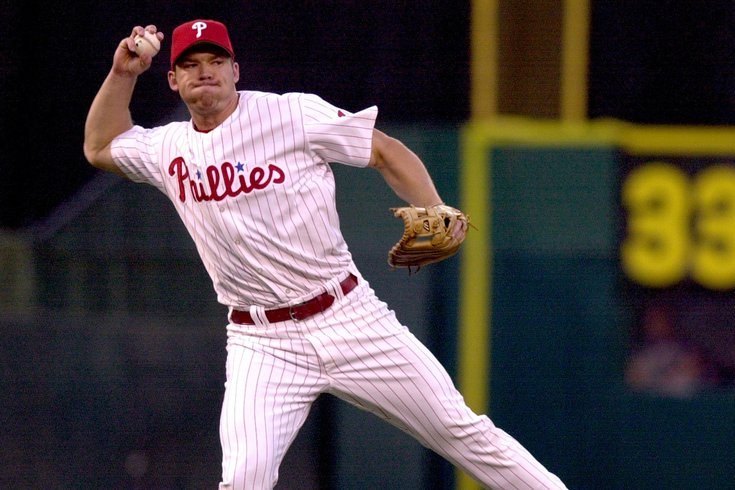 Former Phillies third baseman Scott Rolen has been named to the Baseball Hall of Fame Class of 2023. He made it in by just five votes, clearing the 75 percent voter threshold needed for enshrinement.

The Phillies selected Rolen in the second round of the 1993 MLB Draft. He won the 1997 National League Rookie of the Year Award. Across parts of seven years, Rolen played 844 games for the Phillies, most of any team he suited up for, hitting .282 with an on-base percentage of .373 and a slugging percentage of .504. Rolen won his first of eight career Gold Glove Awards as an elite defensive player at third base with the Phillies in 1998. He was named to his first All-Star team with the Phils in 2002, but was traded to the Cardinals later that season in an acrimonious departure that left him vilified in this city.

Later playing for the Cardinals, Blue Jays and Reds, Rolen went on to make seven total All-Star games and won the World Series with the Cards in 2006.

Rolen was my first "favorite Phillie" as a young kid. I hated him, much like everyone else, when he left, clearly not wanting to be with this organization. In the two decades since, I've come to appreciate him more, looking back on how great his all-around game was even if the Phils teams he played on were utterly forgettable.

Rolen certainly won't be wearing a Phillies cap on his Cooperstown plaque, but his Hall of Fame career kickstarted in Philadelphia and that still means something to me.

Three other former Phillies were on this year's ballot and while none of them got in, they all received enough votes to appear on the ballot again in 2024. Closer Billy Wagner received 68.1 percent of votes and could be on the path toward future induction. Two of Rolen's old teammates were also on the ballot with Bobby Abreu coming in at 15.4 percent and Jimmy Rollins at 12.9 percent.