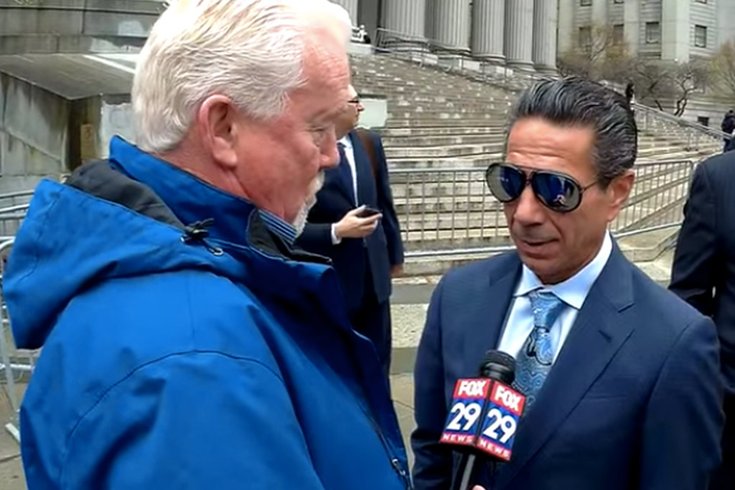 In the latest episode of Mob Talk Sitdown, veteran crime journalists George Anastasia and Dave Schratwieser provide an update on Philly Mob Boss Joey Merlino, who's settling into prison life once again. Next, they discuss how federal authorities are grinding out another potential blockbuster investigation, slowed perhaps by the recent government shutdown. Also, an update on the latest mob-related drug investigations and the high-profile murder for hire of a Jersey Shore radio host.  Anastasia and Schratwieser have the inside story from the streets to the courthouse and the corner clubhouse.

MORE MOB TALK: With Merlino behind bars, who's running the Philly mob?

In Episode 25 of Mob Talk Sitdown, George Anastasia and Dave Schratwieser ask this question: with Philly Mob Boss Joey Merlino back behind bars after his guilty plea in the East Coast LCN case in New York, just who's running the day-to-day operations of the Philadelphia Mob? And what's the latest on the ongoing federal investigation of the local wiseguys? And there's bad news for two of Merlino's associates. One takes a hit from the Feds; the other has legal trouble with New Jersey investigators.