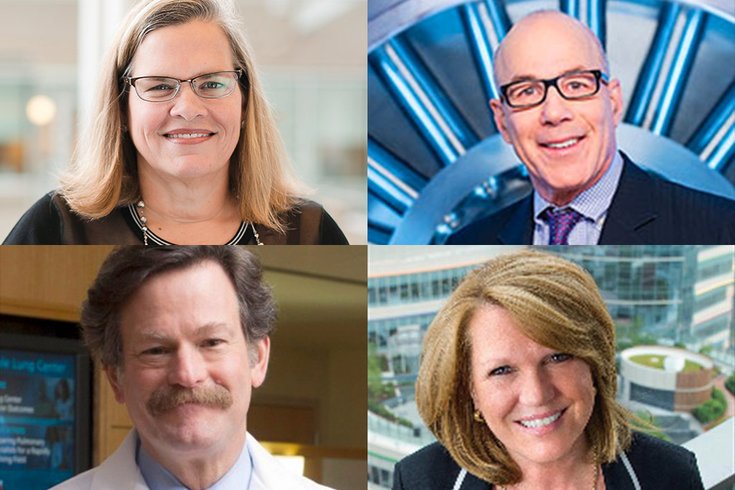 None of the Philly executives ranked higher than Dr. Stephen Klasko, the chief executive officer of Jefferson Health. Klasko, listed at No. 6, has overseen Jefferson's growth from three hospitals in Center City to a multi-state system with 14 hospitals. He also led efforts to merge Thomas Jefferson University and Philadelphia University.

Madeline Bell, CEO of the Children's Hospital of Philadelphia, ranked No. 34 for leading the redesign of the hospital's pediatric residency program and its expansion in King of Prussia, Montgomery County.

Regina Cunningham, CEO of the Hospital of the University of Pennsylvania, ranked No. 41 for boosting efficiencies across the hospital, including reducing overcrowding in the emergency department. She was also the lead investigator on a National Cancer Institute-funded study seeking to improve clinical trials.

Dr. Larry Kaiser, CEO of Temple University Health System, ranked No. 46 for spearheading organizational changes, including the elimination of some administrative roles, and pursuing value-based agreements with health insurers.

Dr. Scott Gottlieb, former commissioner of the U.S. Food and Drug Administration, topped the list for his efforts on drug pricing, vaping and nutrition.