There is even a pair emblazoned with baseball stitch 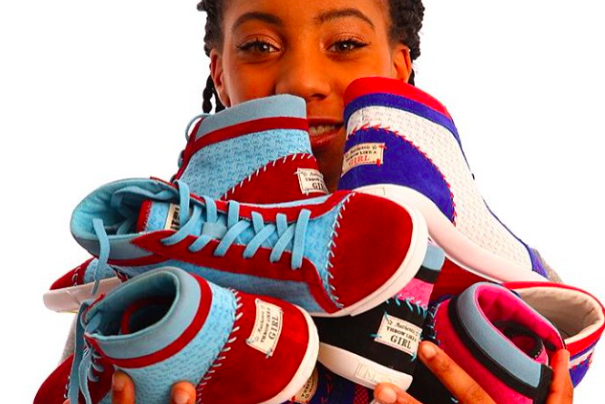 M4D3: Making a Difference Every Day/Instagram

Mo'ne Davis, Philly’s Little League World Series superstar, has given us another reason to want to be like her when we grow up.

Arguably more admirable than Davis’ astonishing athleticism - the 13-year-old Taney Dragons pitcher rose to fame in 2014 after becoming the first girl to win a Little League World Series game and was named the 2014 SportsKid of the Year by Sports Illustrated Kids - are her efforts to serve and inspire underprivileged girls.

Her latest move: Designing a sneaker line whose proceeds benefit impoverished girls around the world. There is even a pair emblazoned with baseball stitch. 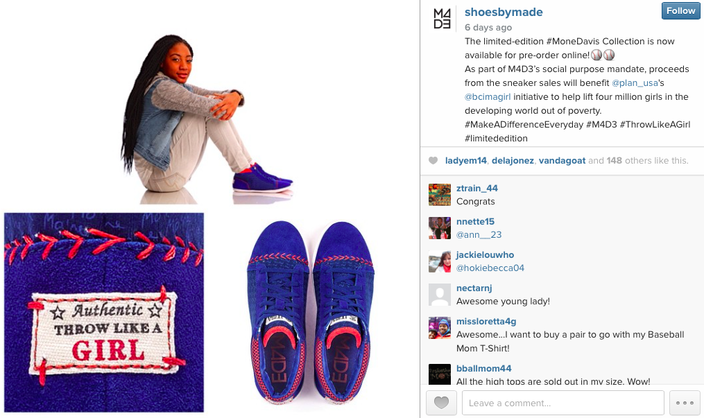 According to Jezebel Magazine, Davis' limited-edition shoe line was created in partnership with M4D3 (Make A Difference Everyday) and Because I'm a Girl, organizations that share her girl power-powered mission.

Fifteen percent of proceeds will go to charity.

In an interview with MadameNoire, Davis shared her excitement over being a role model for other young women.

"If I can inspire them to reach their goals, that would be even cooler,” she said.

Pre-orders can now be accepted here.