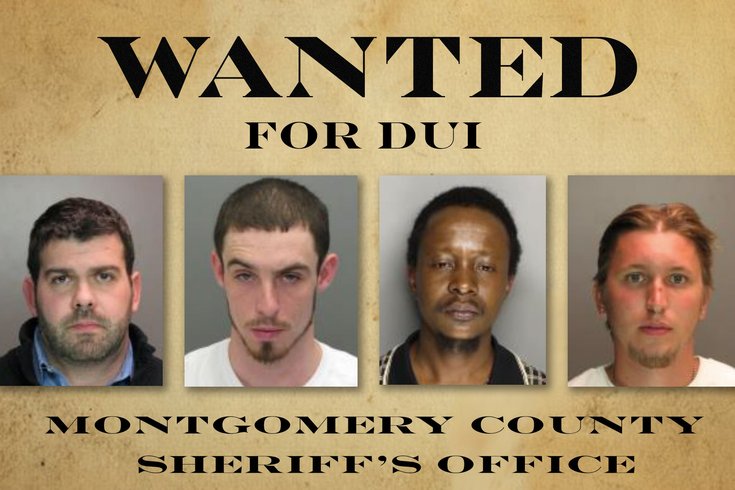 Read More
Montgomery County is stepping up efforts to catch drunken drivers.
On Tuesday, Sheriff Russell Bono said a new "DUI Most Wanted" list on his department's website will to help catch defendants who have evaded court hearings, fines and sentences.
The announcement came after a raid overnight Tuesday resulted in the arrests of eight of 34 DUI defendants. Three more defendants subsequently turned themselves in after learning of the operation.
In December, the Montgomery County Sheriff, District Attorney and DUI Court teamed up with Mothers Against Drunk Driving to form a joint task force focused primarily on catching defendants who are hiding, some with cases more than five years old. A raid was staged that month, as well.
“DUIs are one hundred percent preventable,” said MADD Victims Services Specialist Linda Sposato. “We don’t need to find a cure. We just need for people to be responsible.”
On Friday, deputies will be trained on another tool to crack down on DUI defendants who flout the law by coming into court drunk.
Portable breathalyzers, donated by the family of Pennsylvania State Trooper Kenton Iwaniec, who was killed by a drunk driver on his way home from his shift, will be used to test those defendants to determine if another arrest is warranted. They will go into service in late April.
Tuesday's operation covered Ambler, Hatboro, Horsham, Lansdale, Norristown, Conshohocken, Boyertown, Pottstown, Collegeville, Royersford and Harleysville.
The following defendants were taken into custody during the raid and went before DUI Court Judge Cheryl Lynne Austin:
• Anthony Bowling of Royersford, who was sent straight to the Montgomery County Correctional Facility due to a parole violation
• Chelsea Clark of Norristown
• Brendan Dwyer of Lansdale
• Clint Hockings of Lansdale
• Darlene Kephart of Harleysville, has five DUI offenses overall, with three offenses having a blood alcohol level of .21
• Jared Miller of Pottstown
• Jeffrey Weinreich of Pottstown
• Bradley Willman of Boyertown, who has a case dating back to 2008.
The defendants who turned themselves in were:
• William Welch of Pottstown, who had two DUI charges  and had failed to appear for his Jan. 23, 2015 bench trial
• Sharita Harris of Norristown was taken into custody for failure to pay DUI-related fines
• Christopher Abbott of Collegeville
Four defendants were placed on the DUI Most Wanted list due to the severity of their charges, and are still being sought:
• Gregory Robinson Fackler, alias Focker, 34, of Lansdale,  is wanted on two DUI charges and failure to appear for bench trial on Feb. 20, 2015.
• Ryan Fryer, 26, of Conshohocken, is wanted on a second DUI offense, a parole violation and a second felony warrant forgery parole violation.
• Spencer Kinyanjui, 36, of Pottstown, is wanted on a DUI charge, failure to appear for a Jan. 12, 2015, bench trial. He had also been picked up for driving with a suspended driver’s license.
• Philip John Saurman Jr., 27, of Ambler, was charged with DUI and possession of marijuana. He also has a felony charge of manufacturing with the intent to deliver.
“We have been successful with and will continue to use social media postings to seek DUI offenders and to get tips on where these people are hiding,” Bono said. “It is always our hope that they would avoid the drama and turn themselves in.”
Anonymous tips regarding wanted individuals may be reported by either calling the MCSO TIP LINE at 610-278-3340 or, by filling out the online “Submit a Tip” form on the MCSO webpage, or by sending an email. Tips can also be submitted by posting a message on either Facebook or Twitter.