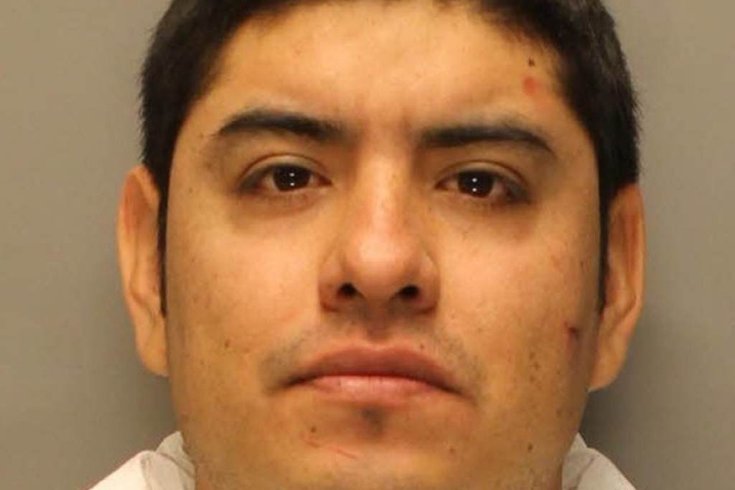 Oscar Rivera Herrera of Hatfield is accused of raping a child early Monday morning, according to Montgomery County prosecutors.

A Montgomery County man was charged Monday with rape after he allegedly climbed through an apartment window and raped a six-year-old girl in her bunk bed.

Oscar Rivera Herrera of Hatfield was arrested after an 11-year-old boy called 911 at 4 a.m. Monday to report a man had broken into his family's home at the Hatfield Village Apartments in Hatfield Township. The boy told a county dispatcher that the man may have done "something" to his sister, who had been sleeping in the top bunk above him, prosecutors said.

Herrera, who was held at the scene by the girl's stepfather, was taken into custody by police. In addition to rape, he is charged with rape of a child, statutory sexual assault, sexual assault, indecent assault, burglary, criminal trespass, terroristic threats and simple assault.

Asked by detectives if he wanted to talk about the incident, Herrera allegedly admitted to breaking in through a living room window – for the second time – and getting into the girl's bed, prosecutors said.

Police are asking that anybody with information relating to Herrera contact the Hatfield Township Police Department at (215) 855-0900 or the Montgomery County Detective Bureau at (610) 278-3368.