The Monthly Migraine: How migraines changed my relationship with words 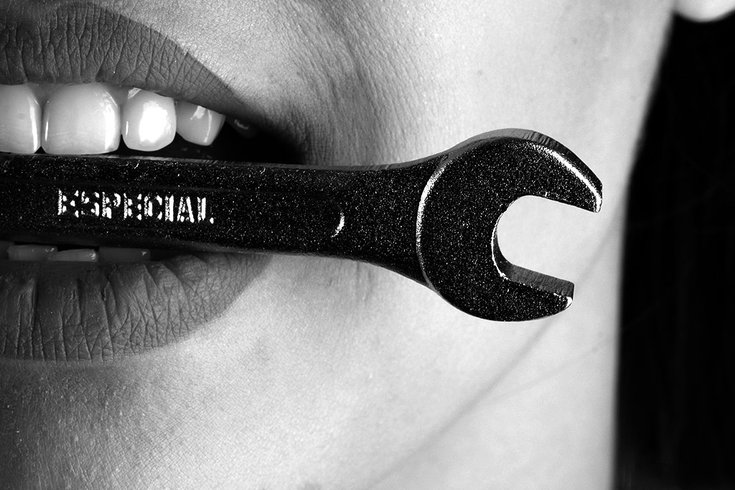 Migraines can throw a wrench into speech for some people because of word loss and brain fog.

I’ve built my whole career on words. I received a journalism degree from Grand Valley State University, worked as an entertainment writer right out of college, became a magazine editor a couple years later and have built a robust freelance-writing side hustle.

In college, I wanted to make sure my vocabulary was in tip-top shape before embarking on my words-focused career, so I’d put up a "word of the week" on a whiteboard in my living room. I learned more words, and my roommates even got involved, and told me they enjoyed seeing new words they can use. I love words, but not nearly as much as I did when I was a bright-eyed journalism student, and there’s a reason for that.

I started noticing my trouble with words a few years ago. I’d be having a conversation or writing a piece when the word I want to use is just… not there.

I’m a writer, I have aced every vocabulary quiz, every spelling test and even was a spelling-bee finalist in my middle school. My natural relationship with words was one of the few talents I could rely on to carry me through school and my career. Now I was losing the thing that gave me so much of my success, and I didn’t know why. I was afraid and embarrassed.

That moment was excruciating for me and, in my head, for everyone watching the presentation. I could imagine them cringing while I tripped over and over trying to figure out how to get my point across with the most important word I needed to drive that point home. I was so embarrassed. What’s scary about that moment is it won’t be my only presentation. I’ve gotten into public speaking in the past eight months, which was an unexpected turn, but a worthwhile one. I enjoy giving presentations and am proud of my content and social media knowledge, so it’s always an honor to share what I know. I prepare well, which gives me confidence when I’m up speaking, but no amount of preparation can stop my word recollection. It’s terrifying.

OF COURSE, MIGRAINE IS AT FAULT

I’m not sure when I started noticing my word blanks, but they became frequent enough where I started to connect the dots. I did notice that as my migraine frequency increased, my word recollection decreased.

Migraine is a neurological disease, and once I fully understood that, I started looking into mind fog and word loss associated with migraine. With all the neurological changes that go on before, during and after a migraine attack, I figured there had to be some sort of side effect caused by the damage.

Yep. There’s a name for it, too: transient aphasia. When associated with migraine, colloquial terms are used like “migraine fog” or “migraine brain.” Personally, I find it helps people understand the side effect better if I use these colloquial terms instead of medical terms, but aphasia is the appropriate, official term. Aphasia is common in stroke patients and is the result of left-hemisphere damage in the brain. Sufferers not only have trouble recalling words, but processing them, whether it’s written or verbal. Cognition is slowed, which creates that “brain fog” we feel where it takes longer to register communication.

For migraineurs, it doesn’t end when a migraine attack is over, though. The side effects can pop up in between attacks.

You may remember a reporter made headlines in 2011 for jumbling her words during a newscast. While many people thought it was a stroke – and others blamed her for drug and alcohol use on the job. Instead, it was caused by a migraine aura, which happens before an attack fully kicks in. People also experience aphasia during postdrome, which is the “coming down” phase of migraine, frequently called a “migraine hangover.”

SO, WHAT DO WE MIGRAINEURS DO?

Unfortunately, we just have to deal with it until there is a cure for migraine, but that doesn’t mean we can’t manage it. There are ways to lessen the postdrome, or “migraine hangover” that brings aphasia symptoms with it, and the management involves lots of self care. To best bounce back from a migraine, rest is essential. Migraine puts your body through a lot, so it’s important to let your body recover. Staying well hydrated can help, too. Obviously, these are not cures, but these two tips can help contain some of the symptoms.

Kind of depressing that there’s nothing to help except rest – a luxury some migraineurs can’t afford – and hydration. Keep that in mind if you know someone who suffers from migraine. All of us are stronger than you know and until there is a cure, we will just keep pushing forward and be sure to choose our words carefully.