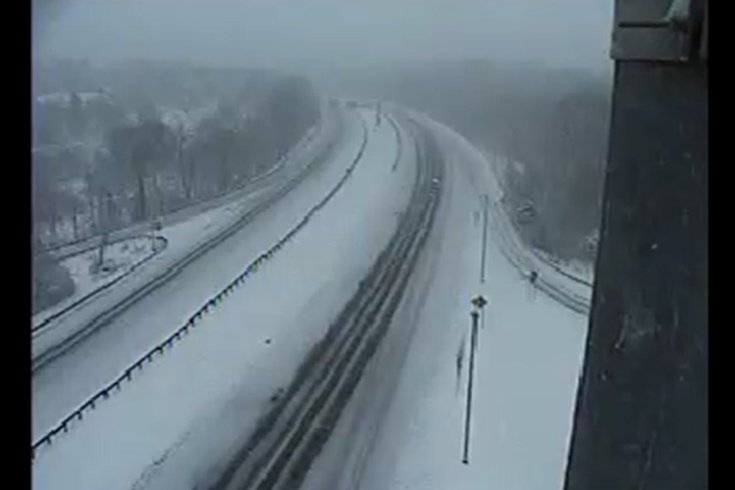 The scene along I-78 in Hunterdon County, New Jersey, on Wednesday evening, courtesy of a New Jersey Department of Transportation traffic cam.

A motorist has died in a weather-related car accident on a North Jersey highway.

A bus and vehicle collided on Interstate 78 in Hunterdon County, killing a driver, New Jersey Gov. Phil Murphy said in a news conference, the Associated Press reported. He offered no further details.

The governor urged residents to stay home and off the roads.

Hunterdon County is in the northwest part of the state.

Another motorist was killed Wednesday afternoon in a two-car crash on a snow-covered street in Newark, NJ.com reported. It was unclear if the precipitation played a role in the crash.

The New Jersey State Police said Wednesday evening they have been kept busy with storm-related activities over the last 18 hours.

The NJSP has responded to 169 motor vehicle crashes and 244 motorist aids in SP patrolled areas since midnight. Motorist aids can be anything from flat tires, mechanical breakdowns, spin outs, etc. #alert

Murphy had declared a State of Emergency in the state ahead of Winter Story Toby.

There have been no reports of storm-related traffic fatalities in Pennsylvania.