Marisa Rivera, 23, told authorities that she had not been taking her medication when the incident occurred 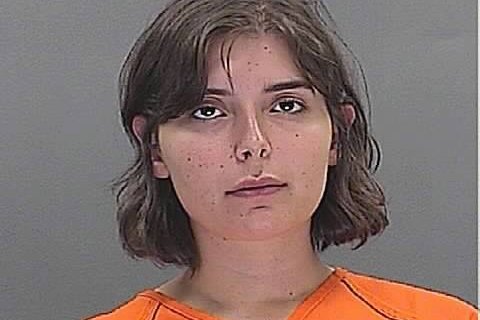 Marisa Rivera, of Mount Laurel is charged with first degree murder for allegedly stabbing and killing her mother early Friday morning. Court documents show Rivera had been prescribed medication to treat schizophrenia, which she told police she had not been taking.

A Mount Laurel woman who police said fatally stabbed her mother, told investigators that she had not been taking her medication.

Rivera did not admit to killing her mother when police questioned her about the incident, but she did tell authorities that she had not taken her medication in the past month. NJ.com reported that, according to court documents, Rivera told police she hears voices and suffers from paranoia.

Rivera reportedly was prescribed the medication to treat schizophrenia.

One of DeNapoli's former co-worker told police they had previously discussed DeNapoli's issues with her daughter.

DeNapoli's body was discovered in the bathroom at her residence at Ramblewood Village apartment complex. Her employer had asked police to conduct a wellness check after her co-workers had not heard from her that morning. Police reported finding bloodstained clothes in Rivera's bedroom and a knife in the kitchen sink.

Rivera reportedly checked into the Wyndham Hotel on Route 73 around 5:45 a.m. before taking a cab to Virtua Hospital emergency room in Voorhees.

Rivera was found at the hotel on Friday and taken into custody. She will appear before Burlington County Superior Court on Wednesday.