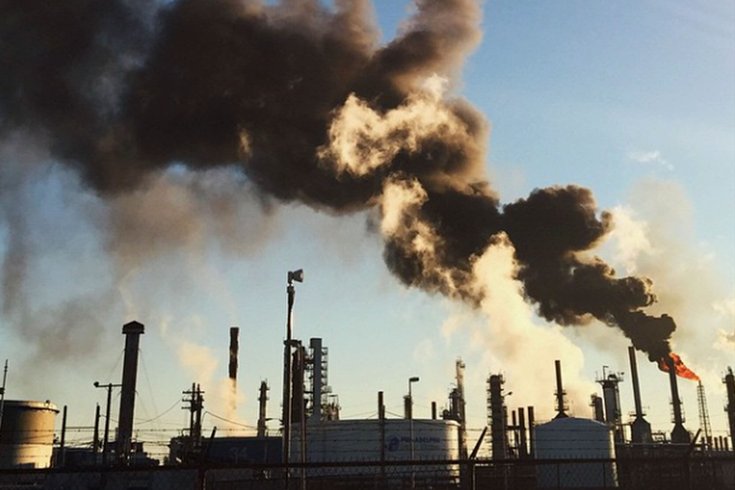 Thick, black smoke blows over the Philadelphia Energy Solutions refinery in this photo by Lou Perseghin on Instagram.

A debate in Congress on whether to lift a decades-old ban on crude oil exports is sending jitters through the ranks of Philadelphia-area refineries, one of the major remaining sources of local industrial jobs.

The crude export ban was put in place in the 1970s when America was reeling from the OPEC energy crisis. In May, two senators from oil-rich states – Heidi Heitkamp of North Dakota and Lisa Murkowski of Alaska – introduced legislation to lift the ban, and the Wall Street Journal reports that the House could vote as early as September.

Philadelphia Energy Solutions, which owns a complex in South Philly that is the largest crude oil refinery on the East Coast, has delayed plans for an initial public offering originally scheduled for last week, Philly.com reported. 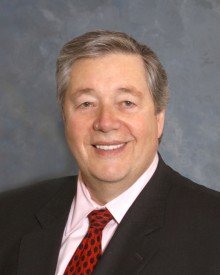 CEO Philip Rinaldi, pictured left, said the delay was due to “unfavorable market conditions.” The company declined PhillyVoice’s request to comment on the IPO so it is unclear if the debates in Congress influenced the decision.

The company has urged Congress to maintain the ban, however. Allowing exports would be akin to “hanging these refiners on the East Coast out to dry,” said Jay Hauck, executive director of the CRUDE Coalition.

Lifting the ban would benefit oil producers, but domestic refiners are worried. They currently get domestic oil at a discount, since U.S. producers can’t sell it anywhere else.

U.S. refiners “truly have the best of all worlds right now,” wrote Matt Piotrowski on energyfuse.org.

There’s no ban on refined oil exports, just crude oil. In fact, exports of American refined oil have more than doubled since 2007.

But memories linger in Philadelphia of a time, not long ago, when the industry faced a crisis. Three refineries – the Sunoco facilities in South Philly and Marcus Hook, and the ConocoPhillips refinery in Trainer – were close to shutting down in 2011.

Shutdowns would have impacted tens of thousands of jobs and cost the regional economy $560 million. But all the refineries were eventually bought and saved. 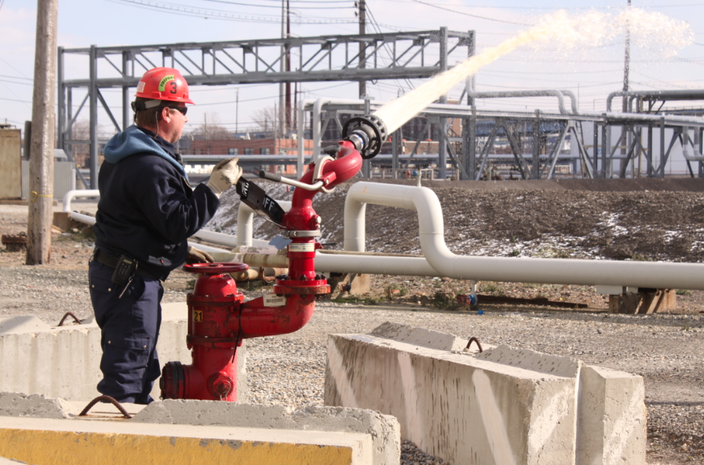 Monroe Energy bought the Trainer plant, PES owns the South Philadelphia refinery and the Marcus Hook refinery is now an export center for natural gas from the Marcellus Shale field.

Hauck also asserts that lifting the export ban would raise gas prices, although several studies published by nonpartisan groups claim the opposite.

"There’s a really strong movement by oil producers to get this export ban lifted and it’s going to result in higher prices at the gas pump," he said.

Hauck argues that the domestic price of crude oil will rise to meet the global price of crude oil, thus raising gas prices. For proof, he offered this study written on behalf of the CRUDE Coalition and another study from Barclays.

Studies from Columbia University, IHS, the Brookings Institute, Resources for the Future and the Government Accountability Office, however, all say that gas prices would ultimately fall because allowing exports would spur the country to produce more gas and thus increase supply.

But Hauck countered that supply is limited.

“The idea that the global supply would increase is a myth that is perpetrated by the pro-export lobby,” he said.

Like all free trade proposals, lifting the ban on exports may ultimately bring lower prices for consumers but hurt companies that benefited from the old system.