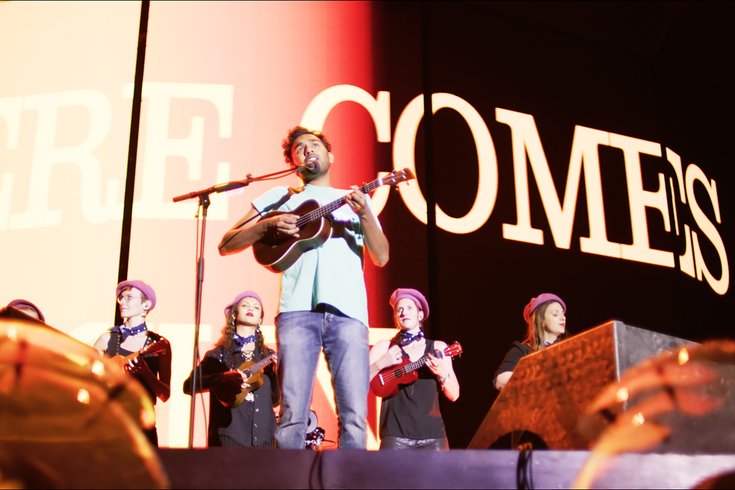 If you can get past its unbelievably silly conceit, some flaws in the execution, and the nearly infinite amount of questions its premise opens up, "Yesterday" is actually quite enjoyable. This is one of those movies that I had dozens of objections to in my head, but I really liked in my heart in spite of them.

As high concepts go, it's quite an audacious one: Jack Malik (Himesh Patel) is a struggling singer/songwriter who lives with his parents in an English coastal town and works in a big box store. One day, during a brief global blackout, Jack is hit by a bus. When he comes to, the world has changed in one big way: Jack remembers The Beatles, but no one else on the planet does.

Within seconds, Jack comes up with the idea to use this gift for money and fame, passing off a large selection of Lennon-McCartney songs as his own work, and he's soon the toast of the music industry. But the guilt of his massive literary fraud starts to eat away at him, while also hurting his relationship with Ellie (Lily James), the best friend and manager who is secretly in love with him.

"Yesterday" was written by romcom master Richard Curtis, who also wrote "Four Weddings and a Funeral," "Notting Hill" and "Love Actually," and was directed by Danny Boyle, best known for "Trainspotting," "Slumdog Millionaire" and "127 Hours." The film gives us plenty of both Curtis' established love for grand public romantic gestures and Boyle's focus on young men overcoming odds through unconventional means. 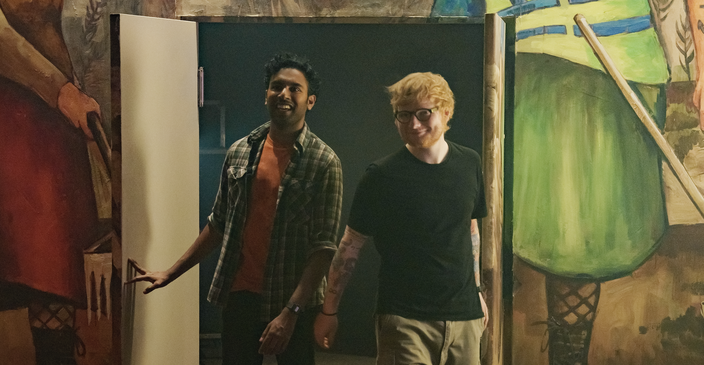 It's a handsomely mounted film, which keeps the pace humming and never lags in its 116-minute running time. The two leads are charming, charismatic and cute together, even if we get numerous indications that they're not right for each other. If you're the sort that never misses "Breakfast With the Beatles" on WMGK, you'll almost certainly find a lot to love here.

Ed Sheeran is quite funny, in an extended cameo as himself. The script has plenty of decent humor- there's a joke about Oasis that made me guffaw out loud- and was clearly written by someone who knows his Beatles history. It's one thing to forget the lyrics to "Eleanor Rigby," but even harder when it's no longer possible to Google them.

And yes, the film has the advantage of being filled wall to wall with some of the greatest pop songs of all time. I would really love to have been a fly on the wall at the moment this concept was pitched to Paul McCartney, Ringo Starr, and the widows of John Lennon and George Harrison, and exactly what sales pitch got them to agree to clear the use of their music.

However, as a nearly lifelong Beatles obsessive, there's a lot here that doesn't quite add up.

Aside from one scene near the end that's the film's least successful, the rules aren't entirely explained- in this universe, do the four Beatles exist as people who never met one another or had the idea to make music together? Do the Fab Four's solo careers go out the window as well? In this universe, is the Rolling Stones album still called "Let It Bleed"? Is the Replacements' album still "Let It Be"? On the bright side, at least there were probably no Manson murders.

Furthermore, the premise divorces the Beatles' music from its context in multiple ways. For one thing, they were a quartet, one that harmonized, played different instruments, and utilized revolutionary production methods. There's only one of Jack, and his backing musicians don't even exist as characters. The film dips its toe into satire of today's music world, but never quite explores how and why the Beatles' music translates into the current era. (As part of this, the talents of the great Kate McKinnon are mostly wasted in the one-note role of a greedy music industry executive.)

The concept leaves some intriguing ideas on the table. I'd have loved to see Jack's story arc mirror that of the real Beatles a bit more. Maybe he could have sung and introduced the songs in actual chronological order, with his haircut and facial hair subtly changing the way those of the group did throughout the '60s. Maybe he could've gotten really into both drugs and Eastern religion three quarters of the way through, and eventually met a woman who his musical collaborators wished wouldn't hang around so much.

The Beatles' eight-year run would seemingly make an ideal full-on biopic of the group, although that hasn't ever happened. The movies have depicted small snippets of their history, like the band's early days ("Backbeat"), John Lennon's childhood ("Nowhere Boy") and a fictionalized 1976 meeting between Lennon and McCartney (the 2000 TV movie "Two of Us.")

As Beatles jukebox musicals with people other than the Beatles singing the songs go- and its flaws notwithstanding- "Yesterday" is a significant improvement over 2007's "Across the Universe."

Yesterday opens Friday in a wide release and is rated PG-13.