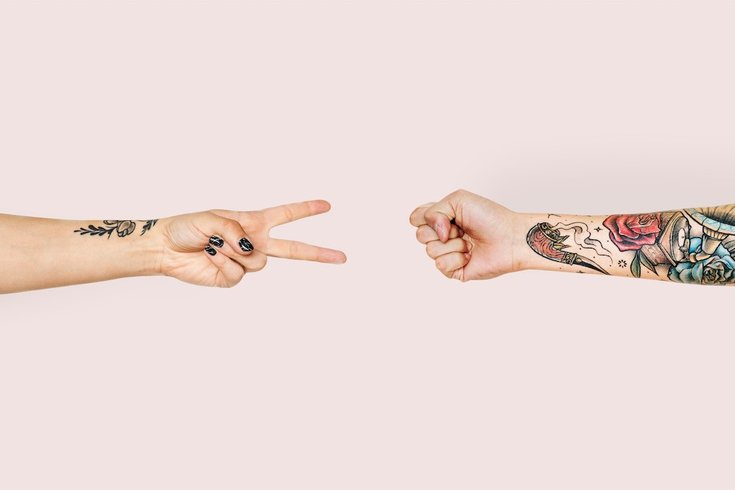 Here in Philly, tattoos are pretty standard. Many a citizen has some sort of ink alluding to their love of this city — like this Eagles Fan — or, you know, less enthusiastic designs.

But did you know that magnetic resonance imaging (MRI) on people with tattoos could be risky? Some medical professionals have expressed concern about putting tattooed skin into the powerful magnetic field of an MRI machine, leading many to avoid the scans just to be on the safe side.

The first prospective study with statistically verifiable numbers has now been presented by a research team at the University College in London, suggesting those health concerns might be overstated,  according to a news release from the Max Planck Institute for Human Cognitive and Brain Sciences, via Eureka.

RELATED READ: Woman who's never been to New Jersey gets state-shaped tattoo

First, let’s understand why there was concern.

It is possible that tattoo ink, which can contain ferrous, which is magnetic, could interact with the static magnetic field, in effect leading to a pulling sensation on the tattooed skin. The other major concern is that the tattoo might absorb most of the energy of the high-frequency MRI, instead of the typical dispersal to the whole body, and result in burns in the inked area in some cases.

In the University College study, researchers examined 330 study participants before and after the MRI scan and tested a total of 932 tattoos, collecting information about the tattoos' size, location and degree of black and color ink usage.

Researchers found the majority of patients had no adverse effects during the MRI. But they do note that “there was one specific case where the study doctor found that side effects — a tingling sensation on the skin — were related to scanning. However, this unpleasant feeling disappeared within 24 hours without the affected person having required medical treatment."

It’s worth noting, however, that to ensure the participants safety from potential burns, not just anyone could be scanned for the study. Researchers had strict criteria regarding the size of tattoos: a single tattoo was not allowed to exceed 20 centimeters and tattoos could cover no more than five percent of the body in total.

Researchers used MRI machines for the study that are standard in most clinics today, including the high frequency field that surrounds the entire body, including commonly tattooed areas such as the upper body.

According to Nikolaus Weiskopf, director at the Planck Institute, the results of the study also can be beneficial for clinical environments.

"The existing recommendations on how to scan people with tattoos are always based on weighing the risk against the actual benefit of diagnosing a disease," he said. "While it should be noted that the results are limited to specific configurations and scanner types, this study adds to the positive safety record of MRI."