Federal workers can visit Museum of the American Revolution for free

Offer available through remainder of the partial federal government shutdown 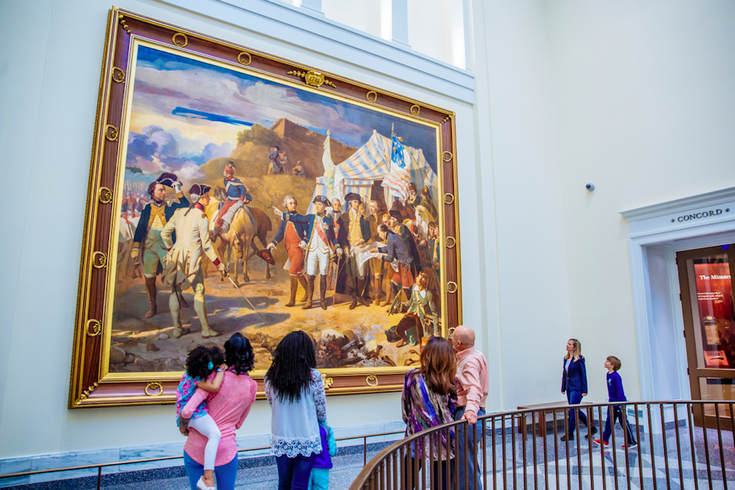 J. Fusco/Museum of the American Revolution

Inside the Museum of the American Revolution in Old City.

As the partial government shutdown inches closer to being the longest in U.S. history, another Philadelphia museum has announced it will offer free admission to those affected.

Federal employees, and up to three guests, can visit the Museum of the American Revolution in Old City for free. The offer is available through the remainder of the shutdown. To redeem, show valid government ID at the front desk.

The longest government shutdown in U.S. history is 21 days. Thursday marks day 20 of the current one, with no obvious end in sight, which means on Friday many federal workers will miss a paycheck.

Visitors to the Museum of the American Revolution will have the opportunity to view a collection of Revolutionary-era weapons, personal items, documents and works of art. Normally, admission is $18-$25 for adults.

The museum's current special exhibit is "Hamilton Was Here: Rising Up in Revolutionary Philadelphia." It features six key sections that highlight different aspects of Alexander Hamilton's political rise in the region.

Through the reminder of the government shutdown
Museum of the American Revolution
101 S. Third St., Philadelphia, PA 19106