The museum is hosting events all weekend long, and visitors will receive a free carnation to take home 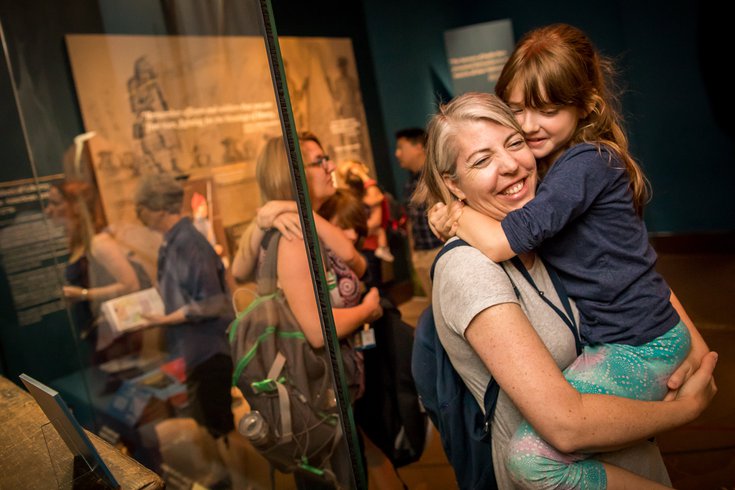 The Museum of the American Revolution is holding Mother's Day events from May 7 and 8, both online and onsite. Those who bring a ticket stub to Amada will receive 10 percent off all food orders.

Mother's Day is almost here. Though it's always important to celebrate the our maternal influences, Mother's Day provides us with an additional opportunity to say thank you, and show appreciation to the women in our lives.

Throughout Mother's Day weekend, the Museum of the American Revolution is hosting a series of talks, a special exhibit, and holiday card-making for visitors who want to commemorate the day. Guests who visit the museum on Sunday, May 8 will receive a free carnation to take home for their own Mother's Day celebrations.

The weekend's museum activities will be packed with information on lesser-known women of the American Revolution, many of which played vital roles in the war effort. On both Saturday and Sunday, the museum's programming will be available onsite and online.

The museum's current special exhibit: "Liberty: Don Troiani's Paintings of the Revolutionary War," teaches about women's roles during the war effort through portraits and paintings. Some women featured include Mary Hayes, otherwise known as TK, who served with her husband's cannon crew at the Battle of Monmouth.

Another is Tyonajanegen, or Two Kettles Together, who fought alongside the militia of Tryon County, New York. Also included is a German woman camp follower during the Saratoga Campaign, according to an eyewitness retelling from Hannah Winthrop. 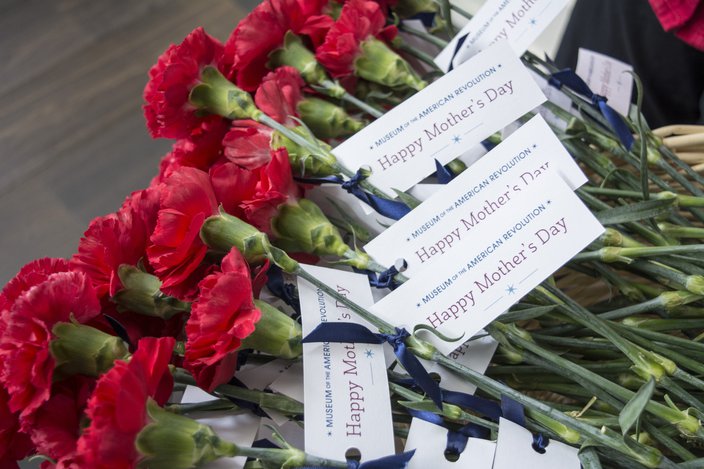 Those who visit the Museum of the American Revolution on Sunday, May 8 will receive a free carnation to take home for Mother's Day.

There will be two pop-up gallery talks held onsite through the weekend. These 10-minute talks allow guests to quickly learn about important women throughout the time period. On both days, learn about the Baroness von Riedesel, who became a prisoner of war after coming to the Americas with her three young children in order to support her husband in the war.

The other pop-up talk includes a more in-depth look at Tyonajanegen, as well as other Oneida Indian women who played a key role in their nation's alliance with American Revolutionaries.

From 11 a.m. to 4 p.m. all weekend long, make Mother's Day cards inspired by "scherenschnitte," a German form of paper-cutting, in the museum's Discovery Center. Those who can't make it to the museum can make one at home. 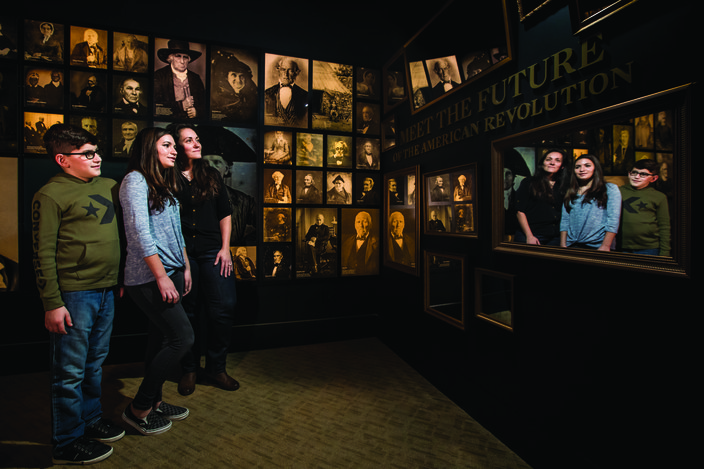 The Museum of the American Revolution is currently showing its special exhibit, 'Liberty: Don Troiani's Paintings of the Revolutionary War,' featuring women's roles during the war effort, including on the battlefield.

A Museum educator will be on site to showcase different replica objects that were important to women and children during the Revolutionary War as they worked as laundresses, food vendors, and occasional battle partners.

Across the street from the Museum, Chef Jose Garces' Amada will serve Mother's Day brunch and dinner on Sunday, March 8. Brunch will be held from 12 to 3 p.m., and dinner will be held from 4 to 9 p.m. Those who bring their museum ticket will be eligible for 10% off all food orders. Reservations are required.

Mother's Day Weekend at Museum of the American Revolution