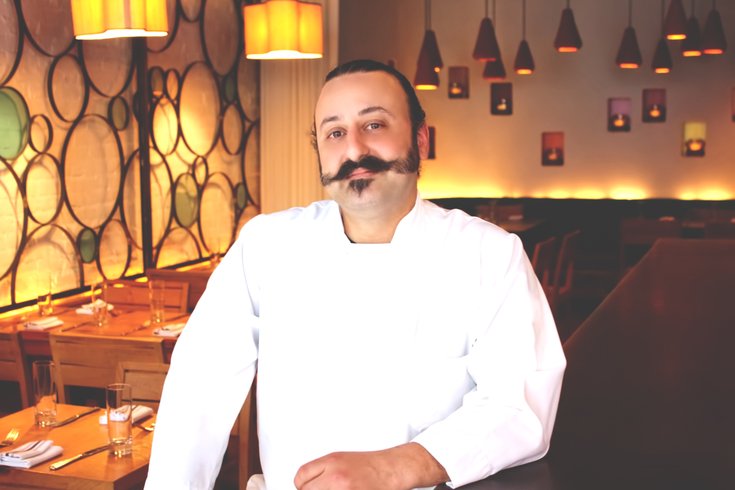 Opa, the Greek taverna at 1311 Sansom Street, will debut its new menu under executive chef Bobby Saritsoglou on Thursday, April 30.

Bella Vista residents may recognize the talented, mustachioed chef from behind the counter at Santucci’s at 10th and Christian streets, his most recent gig. Opa’s co-owners and brother-and-sister team George and Vasiliki Tsiouris hired Saritsoglou in March, and he’s revamped the dinner menu and added a slew of brand-new dishes.
Over the next month, he’ll introduce a revised lunch menu, and snacks for Drury Beer Garden, the popular outdoor bar behind the restaurant.
The Tsioirises opened Opa in 2011, and Saritsoglou is their first Greek-American chef. Saritsoglou was born in the U.S., but his parents are originally from Katerini, Central Macedonia. “Every summer until I turned 18 we went back home to Greece,” he says. In his 20s, Saritsoglou spent a couple of years cooking under chef Lefteris Lazarou at the Michelin-starred Varoulko in Athens. 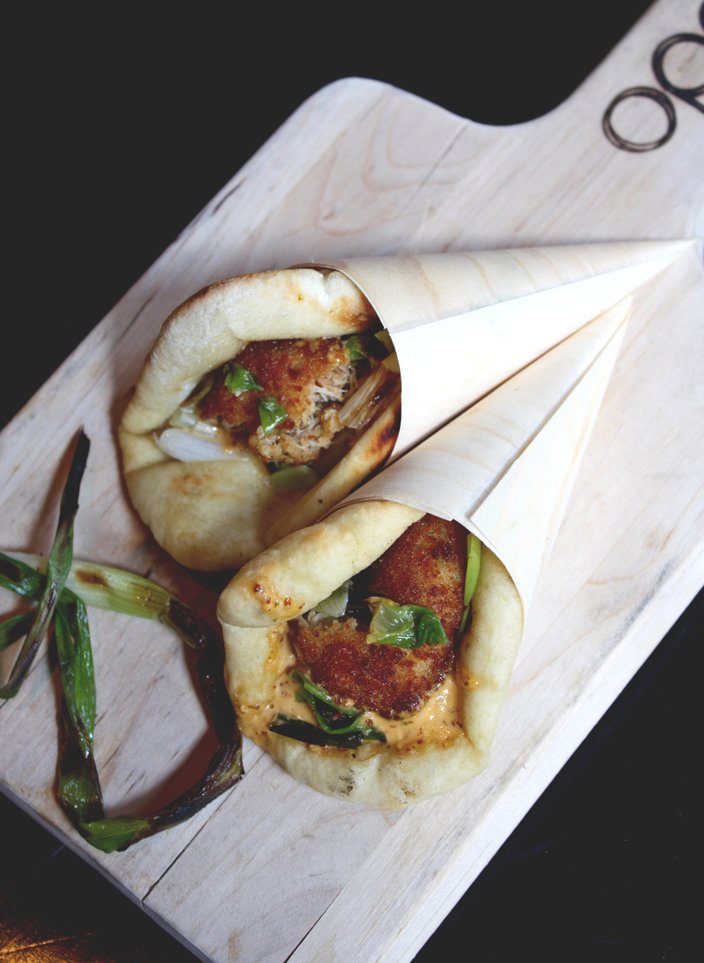 Opa’s expansive menu is still being finalized, but it will feature a selection of small plates and spreads, dakos (barley rusks with toppings), filo pies, and a variety of salads and vegetables. Gyros are stuffed with lamb, crab or duck.
There are several pastas, grilled proteins such as octopus, and a trapezi section (“for the table”), which includes crispy chicken-fried rabbit with celery root slaw and bobota (traditional corn bread made with Anson Mills stone-ground cornmeal).
Philly native Saritsoglou has cooked in a number of kitchens in the U.S. and Europe, but it’s clear that he’s happy he landed at Opa. “It’s like coming home,” he says. “This is where I’m supposed to be.” 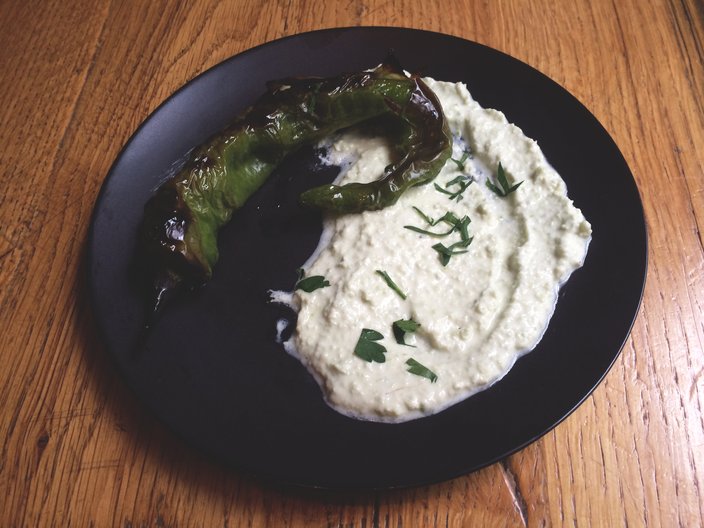 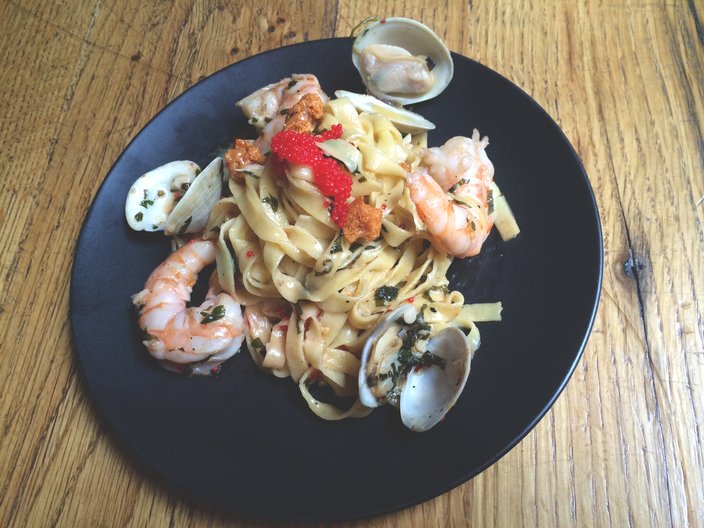 Pasta is more popular in Greece than one might think, according to Saritsoglou. These hilopites (fresh egg noodles) are tossed with sea urchin, Gulf shrimp, little neck clams, lumpfish roe and white wine–and–garlic sauce. Photo by Wendy Ramunno/PhillyVoice.com 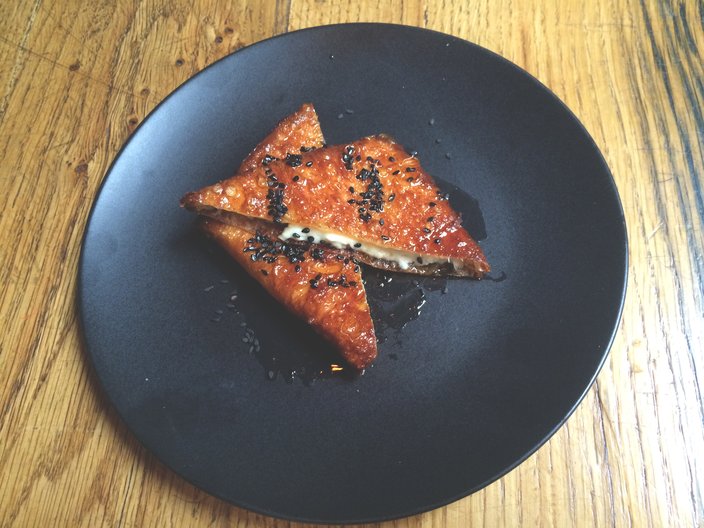 On the sweeter side, the feta-stuffed tiropita (filo pie) is topped with an ouzo-and-honey sauce and black sesame seeds. Photo by Wendy Ramunno/PhillyVoice.com