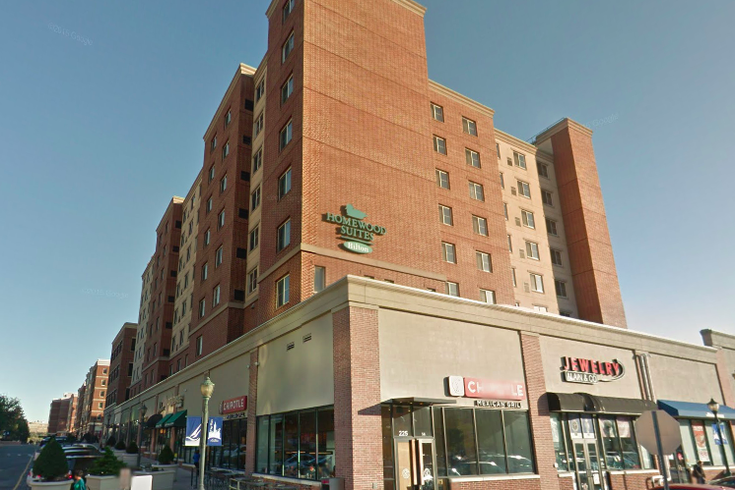 New Jersey Attorney General Christopher S. Porrino has filed a civil complaint on behalf of a woman who lost her job after speaking up about allegedly unequal pay at a Hilton hotel, reopening an debate shelved earlier this year by Governor Chris Christie.

The Superior Court complaint, filed late last week by the state Division of Civil Rights, alleges that the Hilton Homewood Suites in Edgewater, Bergen County, engaged in unlawful discrimination by paying the employee less than her male counterparts and then firing the woman for expressing concern about the discrepancy.

In August 2011, according to the complaint, Homewood Suites hired Rosa Lopez to work in the housekeeping department at a wage of $8 per hour. Not long afterward, the hotel allegedly hired six men, including Lopez's son, to work the same job at a starting wage between $9-$10 per hour.

One year after her hire, Lopez was given a 20 cent raise while the men allegedly continued to receive higher wages. Even in June 2013, when Lopez was presented with an opportunity to split time in the hotel's transportation section, she earned $10 per hour for the courtesy shuttle but continued to earn $8.20 for her housekeeping shifts. Men who were offered the same courtesy shuttle opportunity were allegedly paid $10 per hour regardless of whether they were working for the transportation or housekeeping section.

When Lopez approached her supervisor and the hotel's general manager about the disparity, there were allegedly no steps taken to address the issue. In September 2014, Lopez took the matter to the hotel's owner, Minesh Patel, who told her he would look into it, according to the complaint.

Not long after, Lopez was called into the general manager's office and handed a letter terminating her employment and chastizing her for taking the matter to the owner of the hotel.

“The allegations in this case are troubling, and suggest that the ownership and management of this hotel are caught in a time warp,” said Attorney General Porrino. “Employers have a duty under the law to treat male and female workers equally, and that most assuredly includes hourly wages. Here in the 21st Century, the notion of any employer – let alone one that is part of a national hotel chain – paying women less than men for the identical work is appalling, and cannot be allowed to stand.”

The complaint comes less than a month after Gov. Christie conditionally vetoed a pay-equity measure that would have strengthened New Jersey's anti-discrimination protections beyond those enforced by the federal government. Senate Bill 992 would enable workers to recoup back pay for their entire term of employment, rather than a maximum of two years, and would triple penalties for damages as well as forcing companies who do business with the state to provide reports on compensation.

Despite supporting the legislation in principle, Christie balked at the idea that the bill provides "absolutely no limitation" on the amount of back pay that can be claimed in a discrimination case. Debate on the bill also touched on growing dissatisfaction among some Republican lawmakers, including Michael Doherty (Warren), who feel that "white men" have been denigrated and identified as the source of the problem.

Against the backdrop of heavily attended women's marches in several U.S. cities, the issue of equal pay has emerged as a critical issue among New Jersey Democrats and activists pushing back against a national agenda perceived as hostile to their interests.

Lopez's complaint against Rockaway Hotel LLC, which trades as Homewood Suites by Hilton, contains one count of gender discrimination and two counts of engaging in unlawful reprisal against a worker engaged in protected activity.

“In New Jersey, an employee cannot be fired for complaining in good faith that she is being discriminated against based on gender, said Civil Rights Division director Craig T. Sashihara. "Nor can an employee be fired for asking other employees about their salaries or benefits if the purpose is to explore the possibility that compensation discrimination is taking place. This case touches on two fundamental values – equal pay for equal work and pay transparency. Gender-based wage disparities are indefensible, but will thrive if employees are forced to work under a gag rule."