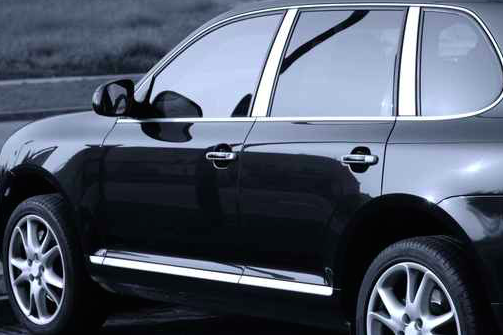 Kurtis Bossie and Jim J. Bryant Jr., both 24, of Newark, were among 30 men charged following a 10-month state investigation dubbed "Operation Jacked," which led to the recovery of 160 vehicles including models from Porsche, Mercedes Benz, Jaguar and Aston Martin, according to NJ.com.

Authorities determined that many of the vehicles were taken by violent means, at gunpoint or knifepoint, or were otherwise stolen after carjackers targeted drivers to cause minor accidents on New Jersey highways. The suspects would steal the vehicles when the drivers pulled over and then hide them before shipping them overseas. At least 27 of the vehicles were taken as a result of carjackings, which also occurred at airports, car washes and valet lots.

Investigators say the carjackers, who operated the ring in 2014, were each paid between $4,000 and $8,000 for each stolen vehicle that was later sold. The motive for shipping them to West Africa was the potential to reap twice their retail value on the black market.