'Oh by the way, I have the coronavirus and now so do you,' Lea Piazza allegedly told officers 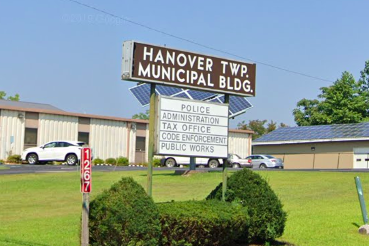 Lea Piazza, 28, falsely told Hanover Township police she had the coronavirus while they were arresting her for a drunk driving incident, police say. Piazza allegedly breathed on the offers while she was being arrested, forcing three of them to go into quarantine.

A New Jersey woman is facing criminal charges for allegedly falsely claiming to have coronavirus while she was being arrested for a DUI earlier this month. The incident prompted three officers to temporarily go into quarantine.

Lea Piazza, 28, was arrested in Hanover, Morris County, on March 12 after being involved in a one-car crash, The Hill reported Tuesday. The Hanover Township Police Department said Piazza was allegedly driving drunk at the time of her crash.

At the scene of the crash, Piazza allegedly began breathing on officers and acting belligerent. She continued breathing on them once she was taken to the station for questioning, telling them she had been infected with coronavirus from her hospitalized boyfriend, police said.

"Oh by the way, I have the coronavirus and now so do you," Piazza told allegedly told Hanover police during questioning.

An investigation found Piazza to be lying, police said. Her infected boyfriend turned out to be a man she had gone out with on one date. He had visited the hospital for issues with his teeth.

Piazza reportedly called the Hanover Township Police the next day to apologize for her behavior.