The Garden State is in line with the national average, but that's still not great 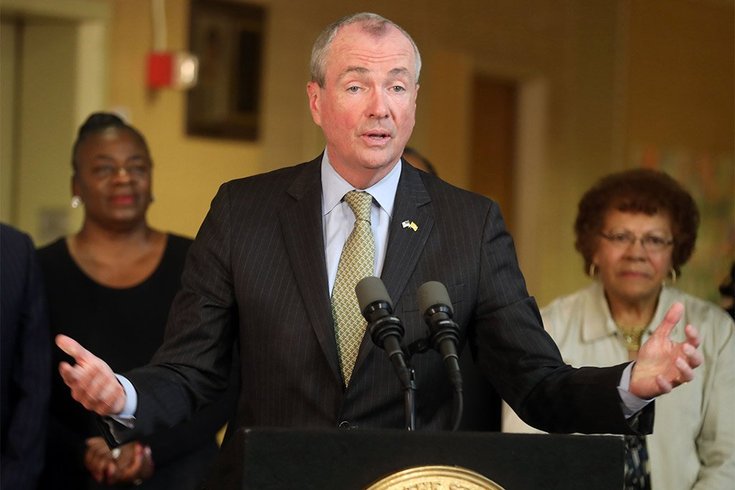 Fairleigh Dickinson said it polled 802 randomly-selected New Jersey adults through landlines and cell phones, from May 29 to June 4. When asked if they could name the current governor of New Jersey, 67% said Gov. Phil Murphy. Another 20% flat-out said "no", and 13% said they didn't know if they could name the governor. (That answer sure sounds like "no" to us.)

“On the bright side, this means he has a lot of potential to improve his ratings," said Krista Jenkins, professor of government and director of the poll. "On the pessimistic side, it means he’s just not connecting with voters.”

Murphy struggled mightily with recognition among the youngest voters, aged 18 to 34. According to the poll, just 55% of adults in that bloc new Murphy's name, compared to 72% among residents between 35 and 54 years old, and 69% among residents 55 years or older.

Murphy's overall approval rating among the 802 residents polled came in at 42%, compared to a 32% disapproval rating and a 25% "I don't know" rating. Those who knew Murphy's name were 1 1/2 times as likely to disapprove of his performance as governor.

While it's certainly not the best sign for the state's electorate, New Jersey residents shouldn't feel too bad about their civic engagement: A Johns Hopkins University study published six months ago found that one in three U.S. residents can't name their state's governor, and fewer than 20 percent could name their state legislators.

"It’s a bit discouraging to discover how little citizens know about the states that govern them,” political scientist Benjamin Ginsberg said at the time.