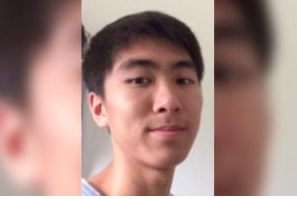 Andrew Yun, 19, went missing on June 12. The Drexel University freshman was last seen at Towers Hall. He was found dead in Los Angeles, California, on June 17, according to police.

Yun, 19, disappeared last Wednesday after he was last seen at Drexel's Towers Hall. Police had asked for assistance to help locate the student, who was known to frequent several areas of University City and was thought to possibly be in the area of Chapel Hill, North Carolina.

There were no signs of foul play involved in Yun's death, officials said.

Yun was enrolled at Drexel's Westphal College of Media Arts and Design.

"Drexel officials have been in close contact with Andrew's family and conveyed the entire Drexel community’s sincerest condolences," university officials said in an email. "Andrew showed great promise and potential in his first year at Drexel. His loss is deeply felt by all of us in the Drexel community. Our thoughts and prayers are with the Yun family during this most difficult time. We will continue to support them in any way possible."