The bus driver was trapped in the accident's aftermath, according to reports from the scene 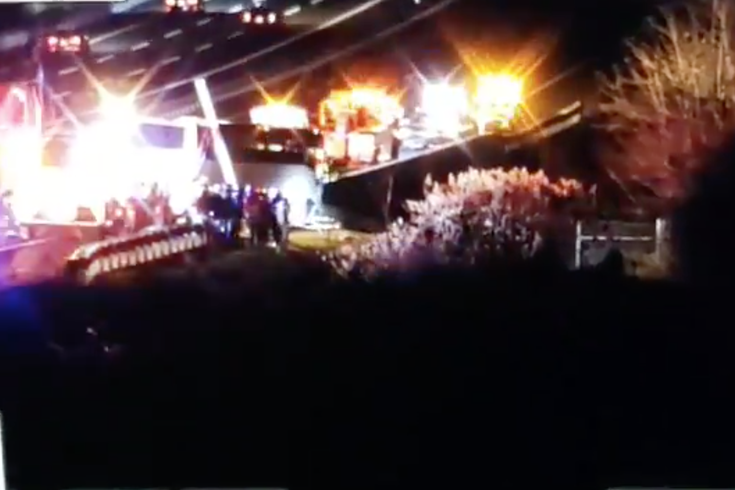 The crash was reported just after 9 p.m. Friday night, according to the Robbinsville Fire Department Union's official Twitter account.

The accident involved a single bus, according to CBS3, and happened around the Turnpike's 57 mile marker near Crosswicks Creek in Burlington County.

Per the Robbinsville Fire Department Union, the bus driver was reported trapped at the time of the crash, and required extrication to be freed from the wreck:

Robbinsville FD Squad 40 along with Engine 3223 from @IAFF3091_Shop32 is on scene of a bus accident @NJTurnpike southbound mm57. Bus driver is trapped. Squad 40 in service with extrication tools. Multiple EMS units also en route to assist treatment/triage of passengers

Video from the scene captured by MidJerseyNews showed vehicles on the right side of the Turnpike's southbound lanes, near the guard rail:

The cause of the crash is under investigation, according to authorities.