'JIB' is a multimedia performance 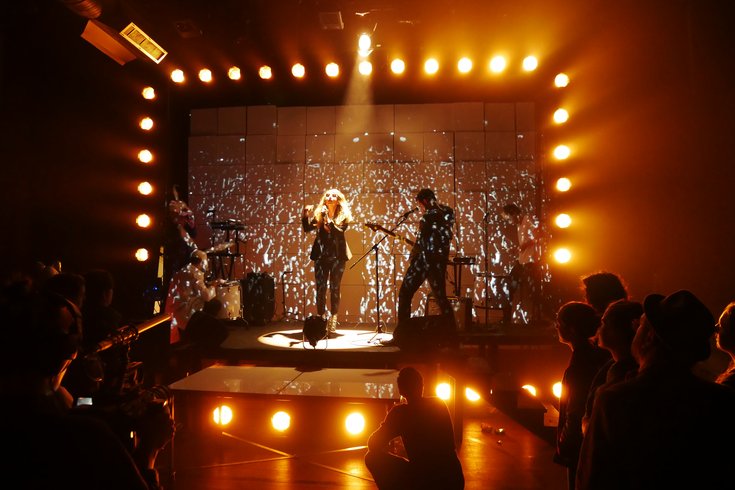 A scene from the preview production of 'JIB,' which will be performed at Christ Church Neighborhood House in Old City.

"JIB," self-described as a "living film + rock show + ghost play," will be performed at Christ Church Neighborhood House in Old City through Dec. 17.

The multimedia show is being co-produced by The Windmill Factory and Old Sound Room, with Michael McQuilken directing. McQuilken's thesis project at the Yale School of Drama sparked the show's concept.

The show "explores the interconnectedness of inspiration and the unseen forces which guide our lives through the rise and fall of singer-songwriter JIB," states a press release. 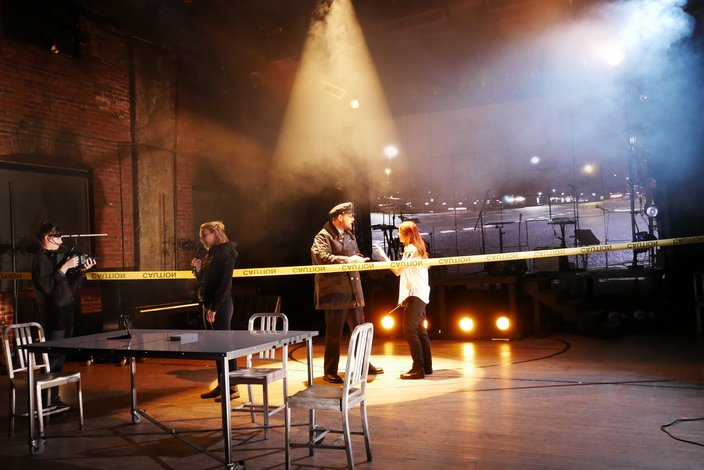 The 'Street Sweeper Accident Scene' in a preview performance of 'JIB.'

During the performance, JIB and two other strangers unknowingly collaborate on a musical score. Only ghosts bear witness to the collaboration.

Attendees can expect music, Cirque du Soleil maneuvers and film to be incorporated into the show. "JIB" will be making a one-take live film during each performance.

The Philly premiere of "JIB" was crowdfunded on Kickstarter through the presale of the album, film and live show tickets.