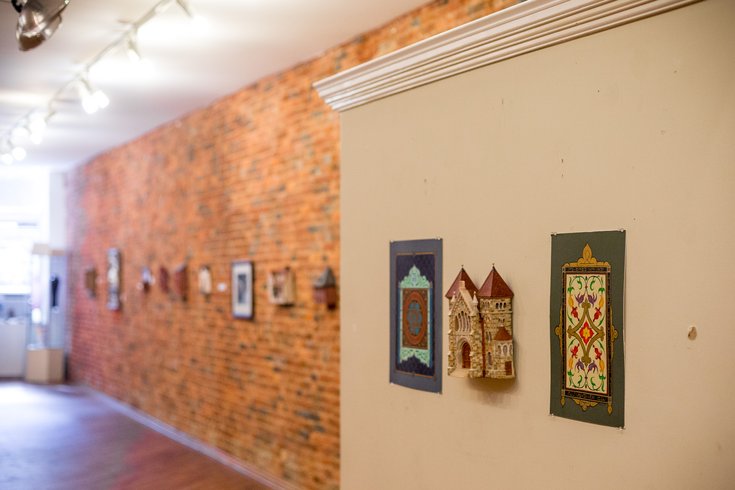 Inside the Old City Jewish Arts Center at 119 N. Third St., home of the "Using the Past to Create a Better Future" exhibit.

The Holocaust is about as dark as subject matters come, but Old City Jewish Arts Center is hoping to send a hopeful message with its latest exhibit, "Using the Past to Create a Better Future," on display from this evening, Aug. 5, to Aug. 31.

"We wanted to find something universal to relate and convey to the masses, for First Friday and exhibit-goers — something from the past of destruction, but not getting stuck in the darkness and instead focusing on how we stand in the present and apply that to the future," Zalman Wircberg (Rabbi Zash), executive director of the Old City Jewish Arts Center, told PhillyVoice. "With this art, it’s really looking at the past and seeing what we can learn from the darkness, the negativity, and how we can transform that into light."

This month's exhibit is broken into three parts: a collection of drawings and 3-D art from winners of a student art competition held by the Jewish Federation of Greater Philadelphia, a series of synagogue photos taken in Prague by Julie LaFair Miller and about a dozen carefully crafted wooden synagogue sculptures from Marty Levin. 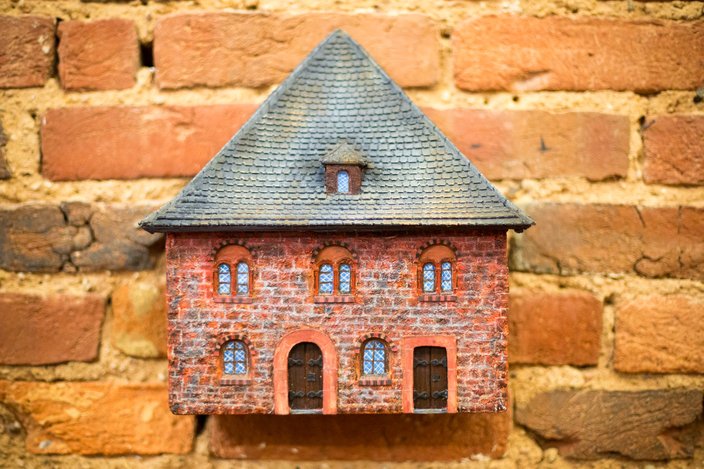 A sculpture of Rashi's Synagogue in Worms, Germany, which, in its original state, burned to the ground in 1938. It's made by artist Marty Levin and on display at the Old City Jewish Arts Center.

Levin's sculptures — the immediate eye-grabbers from the exhibit — are made starting with a scale line drawing that is then carved into white pine before being painted, a process that, he told PhillyVoice, sometimes has him working from 8 a.m. to 2 a.m. on a single piece. (He's completed about 17 in total and is still making more.) He began crafting them after a trip to Michaels five years ago, inspired by the Dickens Village displays and a little bothered that no equivalent existed for Jewish people. He went home, researched Kristallnacht — a historic November evening in 1938 when synagogues were ransacked by the Nazis — and set out to recreate the countless synagogues that were destroyed.

"My inspiration was to carry this theme of the Kristallnacht series, and I thought, ‘Nobody has ever done it before.’ In my own little way, it’s become a mitzvah to me," Levin explained. "I like the idea of looking at a picture of a synagogue and then you see the aftermath — a big pile of bricks lying there when the Nazis destroyed them. In my own little way, I brought them back to life again." 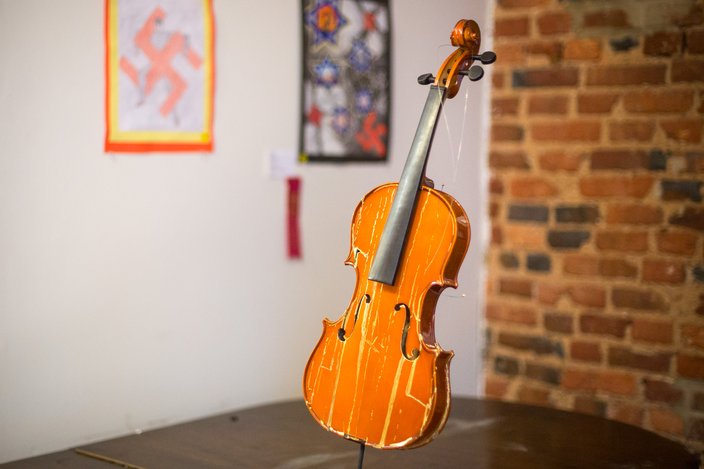 The standout among the student artworks, meanwhile, is a violin altered to emphasize its cracks. The work, created by a Lower Merion High School student, was made with Japanese Kintsugi in mind — an art style that traditionally brings focus to the cracks and flaws of an object and, in some cases, redefines them by adding precious metals like gold and silver. In this context, it's meant to be symbolic of an effort to start anew from the devastation of the Holocaust.

The exhibit, Wircberg explained, is timed with the Jewish month of Av, in which followers of the Jewish faith commemorate the destruction of the Jewish Temple by refraining from joyous events in their lives for three weeks — weddings, imbibing, swimming, haircuts, etc.

"We’re trying to manifest that in the exhibit," Wircberg said. "Some [artworks are] more subtle than others. But hopefully, if a visitor reads what we put up, they’ll walk out very educated and enriched. And in taking in their circumstance, maybe they’re on a down slope, they'll be able to use that and not get caught up in it and stuck, but be able to use that as a springboard for a bright future.”

"Using the Past to Create a Better Future" is on display for free at the Old City Jewish Arts Center, at 119 N. Third St., from Aug. 5 to Aug. 31, noon to 5 p.m. on Saturdays and Sundays. Wine and brownies will be served for First Friday, along with a dinner at 9 p.m.