Yun Fuentes, currently at Milkboy, will open Bolo at 2025 Sansom St in in the spring 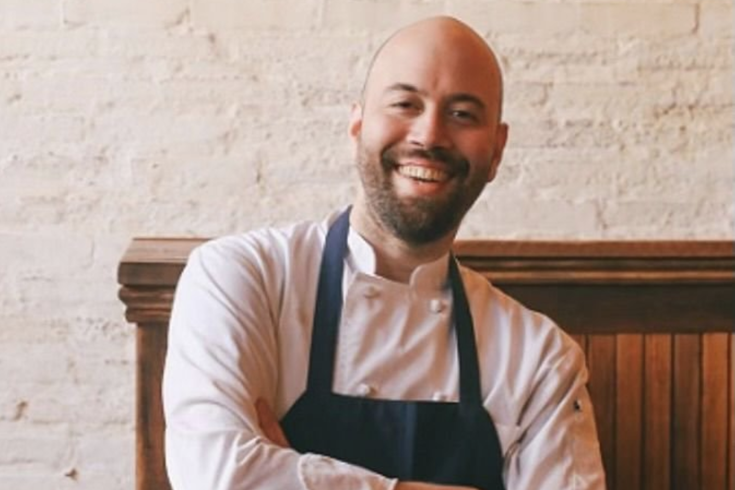 Crispy, deep-fried tostones topped with a garlic mojo sauce, salted cod stew infused with spices, and slow-roasted pulled pork are just some of the dishes Yun Fuentes remembers his grandfather, Juan, making when Fuentes was a child growing up in San Juan, Puerto Rico. The food would be served at family get togethers, holidays, and parties. He still remembers his tios, tias, and cousins all eating together while playing dominos in his grandmother's backyard.

Now as a chef, Fuentes wants to share these flavors with diners at his new restaurant set to open in Philly in the spring. The restaurant will be called Bolo, a nod to his grandfather and the influence his cooking has had on the chef's career.

"Basically my cousins and I were trying to say 'abuelo' to my grandfather, but my cousin would say 'Bolo,' so it stuck," Fuentes said recently about origins of his grandfather's nickname and the new restaurant's name.

Fuentes, the culinary director at the city's Milkboy restaurants, is teaming up again with Milkboy's owners Jamie Lokoff and Tommy Joyner for Bolo, which is scheduled to open April 1 at 2025 Samson St., once the Rittenhouse location of Stephen Starr's Italian restaurant Il Pitorre (which closed in 2016) and then Korean restaurant Kyung Ho (a partnership between Starr and James Beard Award winner Peter Serpico).

Bolo will have a rum bar on the first floor and casual dining on the second, serving a menu of small plates and authentic Puerto Rican entrees. The dining room will seat about 80 people with room for 10-12 more at the bar, Fuentes said.

The menu will focus on Latin American and Caribbean comfort foods. Some highlights include wooden skewers of grilled pork, chicken, or shrimp called pinchos; mofongo, a dish made from deep-friend, mashed plantains and topped with chicharron (crispy pork skins); arepas de coco, which is a fry bread made with coconut milk; and whole red snapper marinated with garlic, lemon and other ingredients, then deep fried.

"I want to spark the curiosity of others, not only guests, also people that work with me, about what we do, and our Latin American culture and how we present ourselves at the table," Fuentes said.

Fuentes has more than 25 years of experience working the restaurant industry, beginning with his first job working at a McDonalds in Puerto Rico, he said. During the '90s, he began working at other upscale restaurants on the island, including Fusion and The Parrot Club in Old San Juan.

Fuentes moved to New York City in 2001, and he worked in the kitchen's at a handful of restaurants before becoming an apprentice to culinary legend Jean-Georges Vongerichten. Eventually, he moved to Philadelphia and landed a job at the salad station at Jose Garces' restaurant Amada.

Fuentes rose to become the chef de cuisine at Garces’ Tinto and Village Whiskey. Then he worked at Stephen Starr's Alma De Cuba alongside executive chef, Douglas Rodriguez, and later was executive director at The Wayward in Center City, serving French-inspired bistro dishes, before joining Milkboy.

His business partner Jamie Lokoff said the believe Bolo and Fuentes recipes will help fill a void, noting there are a lack of restaurants in the city that offer Latino specialties.

Fuentes said Bolo will be styled after the small, family-run restaurants, often operated out of a person's home, called paladares, which are still common in Cuba and Puerto Rico. The chef described how his grandmother owned a beauty salon that she ran in the backyard of her house. While customers waited to get their hair done, Fuente's grandfather cooked tapas for clients.

"People would eat food and play dominos, some people would play the guitar, this would go on from morning til late afternoon," he said. "That was a big inspiration for me with this project."