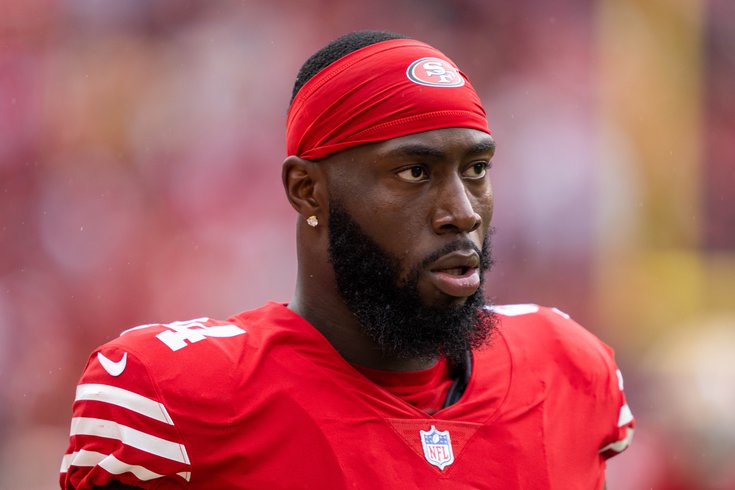 Omenihu, 25, was booked at the Santa Clara County Jail, then released after posting bail, the San Jose Police Department said in a press release Tuesday morning.

Officers were called to Omenihu's San Jose home late Monday afternoon on a report of domestic violence. They arrived to a woman who identified Omenihu as her boyfriend and said that he "pushed her to the ground during an argument."

The officers did not observe any visible physical injuries to the woman, but she did complain of pain in her arm, the release stated.

Omenihu was still at the scene when officers arrived, giving a statement and cooperating with them before being taken in on suspicion of misdemeanor domestic violence.

The case is being submitted to the Santa Clara County District Attorney's office for possible charges and an investigation is ongoing.

Per The Mercury News, the 49ers released a statement Tuesday that the team is "aware of the matter involving Charles Omenihu and are in the process of gathering further information.”

Omenihu, in his second season with San Francisco and his fifth in the NFL, reached a career-high 4.5 sacks, and in the 49ers' Wild Card game against Seattle, recorded two sacks and a forced fumble.

Against Dallas on Sunday, he played 15 defensive snaps and recorded one QB hit but no tackles.

The 49ers will face the Eagles this Sunday in Philadelphia for the NFC Championship Game.