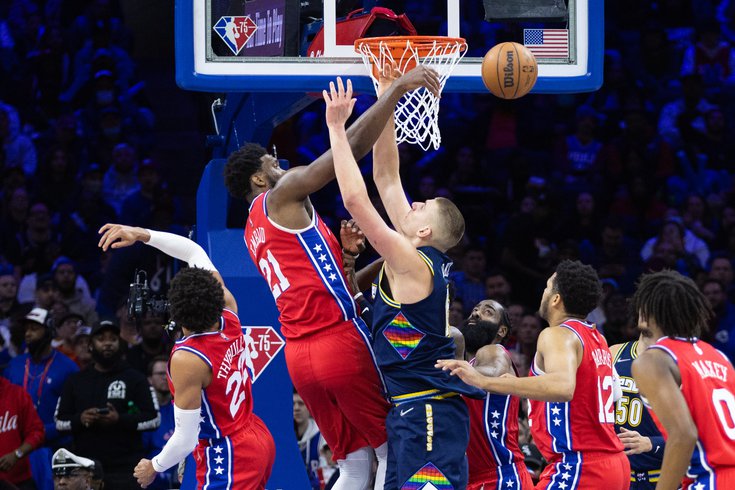 Well, it felt inevitable. According to a report from ESPN's Adrian Wojnarowski, Nuggets big man Nikola Jokic will win the NBA MVP award for the second-consecutive season.

While the full voting has yet to be unveiled, it's reasonable to assume that Sixers center Joel Embiid will finish as the MVP runner-up once again to Jokic. Giannis Antetokounmpo was also a finalist for the MVP this season.

For all the "analytics nerd" basketball-watchers vs. "they have that dog in them" fans debates, it's not surprising to see Jokic win once again given the NBA' media's propensity to lean towards the former category (however dubious RAPTOR and an endless parade of acronym-based weighted metrics may be).

Jokic is the 14th player in NBA history to win the MVP award multiple times. Jokic's back-to-back victories follow in the footsteps of Antetokounmpo, who did the same in 2019 and 2020.

Sixers fans will understandably be bummed that their guy didn't come home with the award, but I'm sure they would take the Sixers chugging along in the second round of the playoffs rather than Jokic and the Nuggets sitting at home following a five-game first round loss.

Jokic may have bested Embiid in VORP and BPM, but it's Embiid left standing, putting up playoff double-doubles against a No. 1 seed while playing through a slew of injuries.