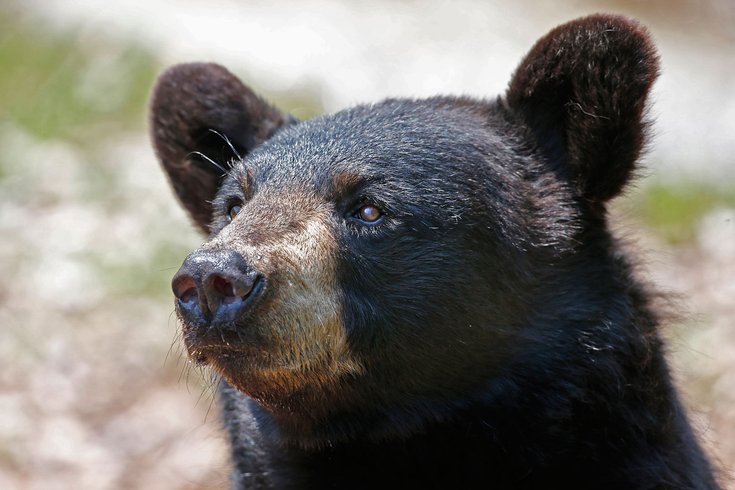 A black bear in captivity waits for visitors to throw food into his pen at the Maine Wildlife Park in Gray, Maine.

Christopher Petronino, 50, was reportedly leading the boys into a cave at Splitrock Reservoir when the bear grabbed his foot and pulled him inside. As the bear began biting his leg, right shoulder and left shoulder, Petronino fought back using a rock hammer, authorities said.

"Petronino struck the bear twice in the head with a rock hammer," Department of Environmental Protection spokesman Bob Considine said in a statement.

"He then pulled his sweatshirt over his head and curled into the fetal position. He yelled to the scouts, who were outside the cave, to leave and go get help."

The young scouts called authorities using a cell phone. Officials began tracking their coordinates and deployed a state police helicopter in hopes of finding them. As they waited, Petronino – still inside the cave and able to hear the bear "huffing" - instructed the children to place any food they had outside the cave, drawing the animal out, Considine said.

Petronino was airlifted to Morristown Medical Center and treated for bites and scratches to his legs and shoulders. He said he had never observed a bear in his time visiting Splitrock and the cave.

None of the scouts were injured in the incident.

According to Considine, Petronino spent approximately 80 minutes inside the cave before escaping.