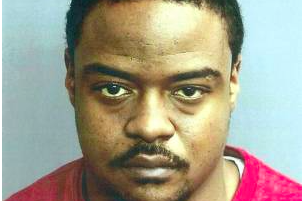 A Newark man who killed his friend after losing a $700 bet on the winner of Super Bowl XLVII will spend the rest of his life in prison after a Superior Court judge determined his actions were "brazen and cold-blooded" in nature.

Two days after the Baltimore Ravens defeated the San Francisco 49ers by a score of 34-31 on Feb. 3, 2013, Eddie Roberson fatally fired six shots at his friend Talif Crowley, who had picked the Ravens to win.

On Friday, the third anniversary of the murder, Roberson was sentenced to life in prison following his Dec. 16 conviction for murder and weapons offenses, NJ.com reports.

Superior Court Judge Alfonse Cifelli noted in court that the life sentence reflects the public danger of Roberson remaining on the streets. If he was willing to kill his close friend, a father of five, "with absolutely no remorse for his actions," his freedom later in life could lead to another senseless murder.

Roberson faced Crowley's family in court and maintained his innocence, adding only that he felt bad for their loss.

Essex County Assistant Prosecutor Adam Wells said the Super Bowl bet was made at a party during the game and Roberson, 31, ultimately never paid Crowley the money before he killed him. The shooting occurred when Crowley, 38, stopped his car on the way to see his mother on Feb. 5, 2013. A witness said Crowley stepped out of the vehicle to greet Roberson, who claimed the 49ers had been cheated – possibly referring to the lengthy power outage at the Superdome in New Orleans – before shooting his friend at point blank range.

Roberson would have to serve 64 years of a 75-year sentence before he becoming eligible for parole.