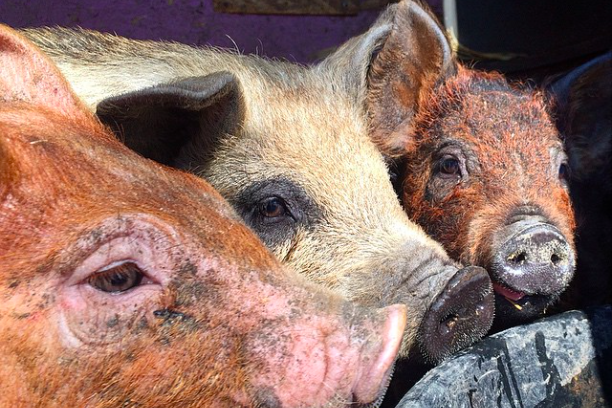 Three of the sick baby pigs rescued by the Barnyard Sanctuary.

The owners of a home where the New Jersey SPCA discovered piles of dead animals several months ago were sentenced Thursday.

In early April, the NJSPCA and local police found hundreds of dead animals in various states of decomposition on a property in Independence Township, Warren County. Along with the dead animals that were discovered, a large number of live animals in need of food, water and veterinary care were found on the property as well. The Barnyard Sanctuary in Columbia, Warren County, rescued the surviving animals.

The couple received a lifetime ban on owning animals. However, Lester pointed out that the ban only applies to the state of New Jersey. In addition, both received two years of probation. Their two young children, who were living with them at the time, are currently staying with relatives, the Warren County Prosecutor's Office told the New Jersey Herald.

According to the post, Lloyd and Brown will pay fines of $3,000 and $1,500, respectively, for the animal cruelty charges, even though they had filed a plea bargain agreeing to pay $4,000 in fines.

"We cannot blame the Judge for the sentencing," The Barnyard Sanctuary said in a Facebook post. "We cannot blame the prosecutor for agreeing to the plea bargain. We must blame ourselves for not taking a stand for the protection of the rights of these innocent animals. The courts can only enforce the laws- not create them."

Ansel and Petal, two baby goats who were among the animals rescued, found a new home and family with Leanne Lauricella, a volunteer for The Barnyard Sanctuary. 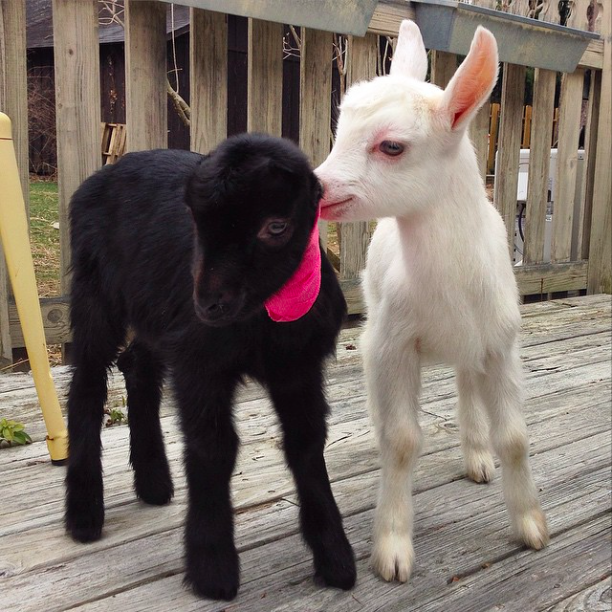 Ansel and Petal in their new home. (@anselandpetal/Instagram)

While Ansel and Petal were fortunate enough to be adopted, many of the animals that were rescued are still living at The Barnyard Sanctuary. Donations can be made here.

The Barnyard Sanctuary was one of only seven farm animal sanctuaries chosen nationwide to compete for a total pool of $133,000 in prizes, split between the seven sanctuaries. You can vote here.

Photos of the scene the day the animals were found have been released by The Barnyard Sanctuary. They may be viewed here. WARNING: The images are very graphic and may be disturbing to viewers.