A cause was not immediately revealed, but it's possible that sparks from a passing train ignited the brush surrounding the tracks. 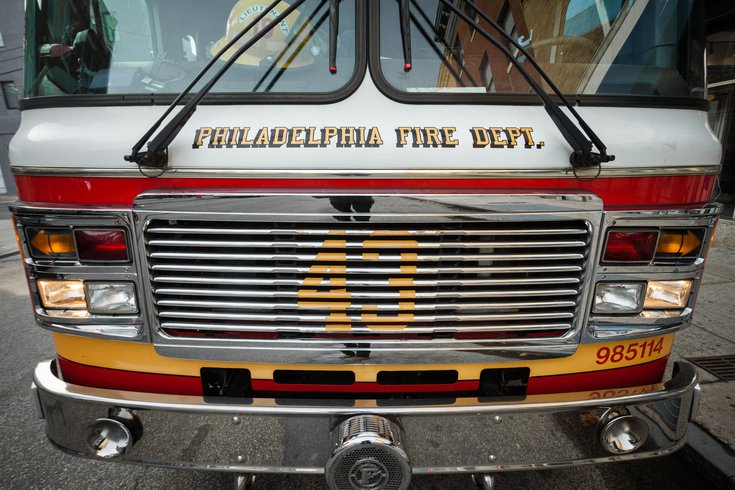 The Philadelphia Fire Department battled a brush fire in the Hunting Park section of North Philadelphia on April 20, 2021.

UPDATE: The fire in the Hunting Park section of North Philadelphia was placed under control around 4 p.m. Tuesday. No injuries were reported.

Today at 2:30 pm, firefighters responded to 10th and Venango in Hunting Park. The brush fire, which spread along rail tracks, went to 4 alarms. 140 PFD members with 57 apparatus responded. The fire was placed under control before 4 pm. There were no injuries or displacements. pic.twitter.com/U8lKfV4oRv

Philadelphia firefighters responded Tuesday to a four-alarm blaze in several locations along the train tracks in the Hunting Park section of the city, officials said.

The brush fires were reported to authorities around 2:40 p.m. in the area of 10th and Venango streets, impacting travel on surrounding roads, including Broad Street.

PFD has numerous apparatus responding to a 4-alarm fire in the Hunting Park section of the city. This is a brush fire along train tracks that is impacting travel on several streets around 10th and Venango, including Broad Street. Please avoid the area. https://t.co/AHQyobhfbn

#BREAKING: Several Fires Burning Along Train Tracks In Hunting Park and North Philadelphia. The Fire Has Spread To Nearby Cars And Buildings. #BreakingNews pic.twitter.com/6ZxArsdAXb

Two staging areas were set up on Broad Street and Lycoming Avenue and on 12th and Luzerne streets, police said. Commuters and city residents have been advised to avoid the area.

Several cars and buildings in the vicinity were reported on fire, police said.

No injuries were immediately reported.

A cause for the fires was not immediately revealed on Tuesday afternoon, but it's possible that sparks from a passing train ignited the brush surrounding the tracks.

#Breaking - Multiple brush fires burning in Hunting Park and North Philadelphia. @PhillyFireDept has gone to 4 alarms on these fires. Possibly resulting from sparks after a train moved through the area. @6abc pic.twitter.com/KF8hZ8W5J9