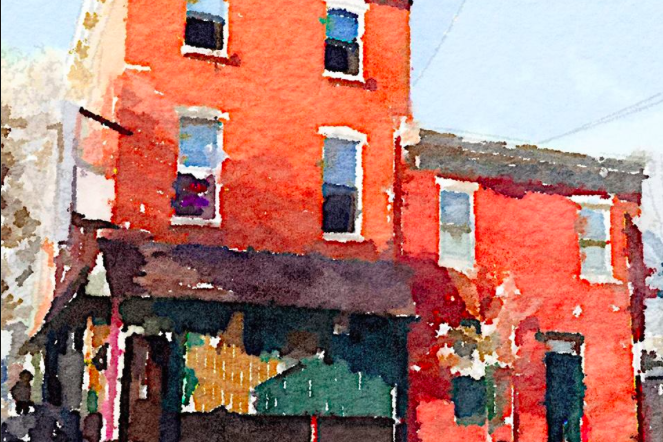 An impressionist take on The North Star Bar at 27th and Poplar streets in Fairmount.

The North Star Bar, one of Philadelphia's most emblematic rock & roll rooms, will close its doors on Saturday to make way for a converted bar & restaurant, ending its run as a treasured home and prized gig for aspiring musicians.

After 35 years, the Fairmount mainstay at 27th and Poplar streets succumbed to changing times and management has decided to adapt, even if it means the loss of a constant for live shows.

"It's the evolution of the neighborhood," said manager John DeLuca. "Property values in Fairmount are rising here and the area couldn't really support a place for rock & roll."

DeLuca said it would be a tearful and emotional night when the bar closes Saturday, but ultimately whatever wound results from the loss will heal for Philadelphia's music scene. 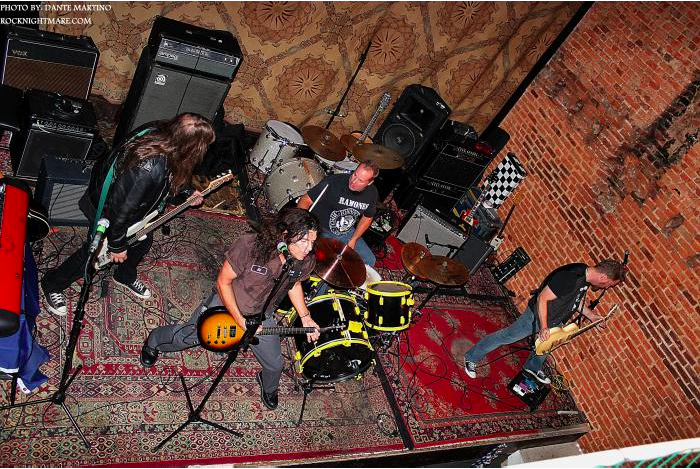 "People would call us a venue, which is moreso places like the Troc or arenas like Wells Fargo, when really we've been a rock & roll room for Philadelphia," Deluca explained. "We got lucky with the great sound we've had here, because we weren't originally built for this purpose. I think the upstairs helped baffle the sound, the carpet played a factor, and we're obviously a pretty big space, but there are other places in Philadelphia right now that will continue to offer that room atmosphere."

Deluca said he doesn't think there's any void to fill without The North Star Bar. He mentioned spots like Fishtown's Johnny Brenda's and Center City's Milkboy – both well-liked and well-attended – as places where local bands can perform for intimate audiences while still getting the important exposure they need to move forward.

He also noted that the changes in the music business we've all been talking about for over a decade require new approaches.

"I don't say this as a negative, but I just think the way people get music, even local music, has shifted online," DeLuca added. "With a space like ours, when we had great acts, sometimes we just weren't selling what we needed for this to make sense at this point. There are plenty of bands, the music is out there. Everyone has to do their part – us, the promoters, the bands – to make sure people show up.

"I see it as Philly having to follow a 5-year-plan for new growth in live music at the local level. It would be great to see more bands come up and get big from Philadelphia. What I really hope is that places will embrace the pride, decency and respect for bands that helped make us successful for all these years."

As for what's next, DeLuca said most of the changes inside will be cosmetic, but he is excited about what the new bar and restaurant will have to offer the neighborhood. In a notice posted on the restaurant's website, the new spot promises to offer "even better food, 'more better' beer and lots of cool fun stuff."

A heartfelt statement on the loss of live music can be found here.

The restaurant will be open through Saturday, Oct. 17, offering deals on drinks and beers. Happy hour will be from 5 p.m. to 7 p.m. with a selection of $3 draughts.

An opening date has not been set for the new bar & restaurant, but friends of the bar are welcome to stop by and say hello while the interior work is underway.