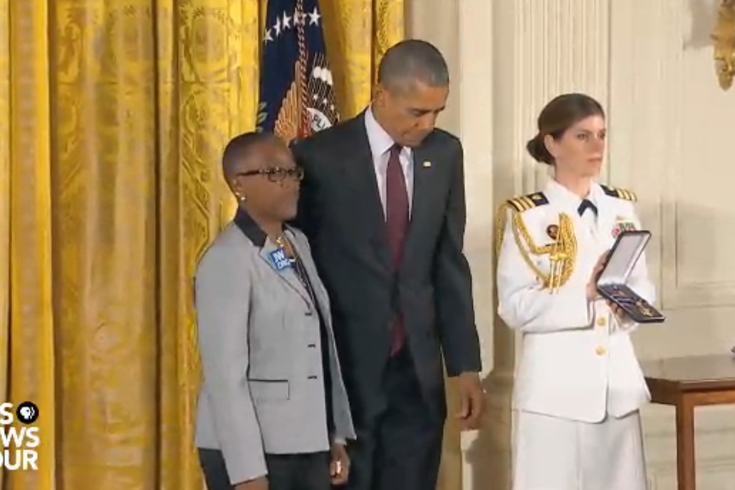 Wilson's grandmother, Constance Wilson, accepted the medal from the president. 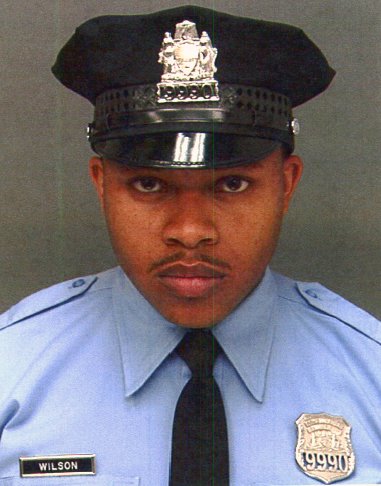 This undated photo provided by the Philadelphia Police Department shows Sgt. Robert Wilson III. Wilson was shot in the head and killed after he and his partner exchanged gunfire with two suspects trying to rob a video game store, city officials said Thursday, March 5, 2015.

In a speech preluding the presentation of awards, Obama recognized the bravery, service and "profound sacrifices" of the male and female honorees.

Every one of the recipients acted without regard for his or her personal safety, he said, and none of the officers sought out the situations.

He also recognized their families.

"We know that you wait up late counting up the minutes until your loved ones come home," Obama said. He then gave special mention to Wilson, who did not come home, but died in the line of duty.

Obama spoke briefly about the incident that led to Wilson's death, noting that Wilson had entered the GameStop store to purchase a video game for his son.

"Please know how deeply sorry we are for your loss," Obama said to Wilson's family, who attended the ceremony, "and how grateful we are for Sgt. Wilson's service." 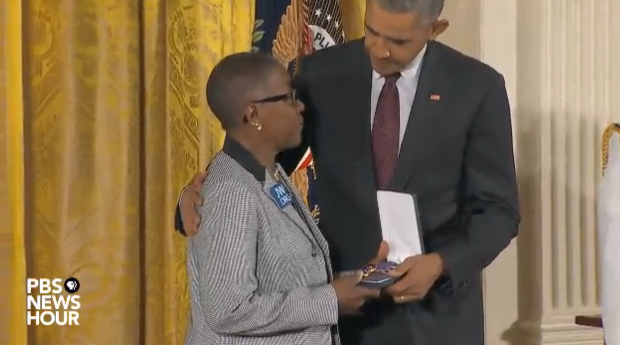 "If they had their way," the president said of the 2016 honorees, "none of them would have to be here today, but I am very grateful that they are."

Obama ended Monday's speech by saying that the nation has a responsibility to support and listen to those who serve, and he'll keep pushing for bipartisan legislation to make the criminal justice system smarter and fairer.