Woman's urn returned to daughter after washing ashore in Ocean City, more than a year after her death

Paulette Tricoche, a Cape May native, died last summer in Georgia. Her remains were found by children on the beach 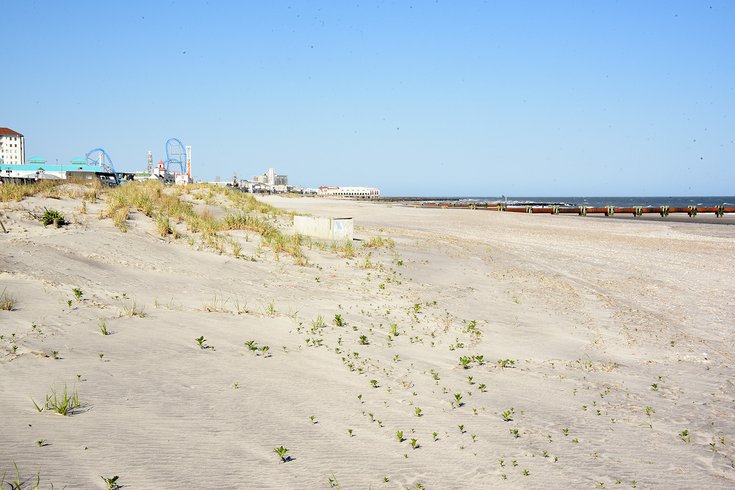 An Ocean City man's children found an urn on the beach last week. The remains belonged to a Georgia woman who died last year, but was originally from Cape May. The urn has now been reunited with the woman's daughter.

An urn containing the ashes of a Georgia woman washed up at a beach in Ocean City last week, prompting a man to track down the woman's family and reunite them with her remains.

Ryan Leonard, an Ocean City resident, said his kids found the purple urn in some sea grass outside the family's property on Friday.

The urn had an inscription, "In Loving Memory Mom," with the name Paulette Eva Rose.

Leonard did some digging around online and found an obituary for Paulette Eva Rose Tricoche, whose information matched the inscription on the urn. Trichoche died last June at 71 years old.

The funeral home and crematorium that published the obituary is in Reidsville, Georgia, about 65 miles west of Savannah and roughly 800 miles from Ocean City.

When Leonard called the funeral home, he learned that the urn had been shipped from Georgia to a family member in Cape May last summer, USA Today reported. Tricoche is originally from Cape May and had been living in Macon, Georgia at the time of her death.

Ocean City is a bit more than 30 miles northeast of Cape May.

Leonard figured the most likely explanation is that Tricoche's family tried to do a burial at sea, but the urn eventually wound up traveling north until it washed ashore in Ocean City.

With help from the funeral home, Leonard was able to get in touch with Tricoche's daughter. He wrote on Facebook that he planned to return the urn to the family over the weekend.

The world works in mysterious ways, and it seems Tricoche found an improbable way to be with her daughter again.