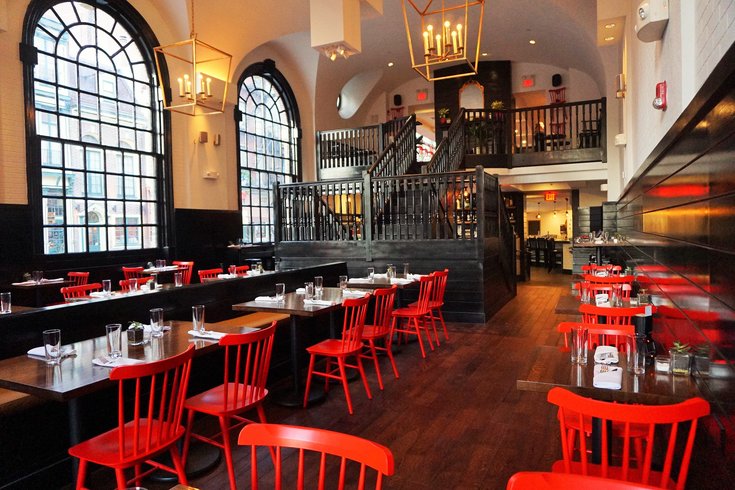 Interior of The Little Lion, before the fire in Old City.

In the days since a four-alarm fire destroyed an Old City apartment building during President’s Day Weekend, officials continue to investigate what caused the incident, still not ruling out arson as a possibility.

For restaurants and businesses surrounding the corner of 3rd and Chestnut streets, where the fire took place, it's an uphill battle. Though some businesses, including Cappofitto Pizza + Gelato, which hopes to reopen Wednesday, have managed to bounce back at a fair speed, others aren’t so lucky. Among the latter is The Little Lion, the spacious American restaurant and bar housed in an old bank that is now facing a closure period of at least two months due to the fire -- the closure has even led to an unsavory OpenTable review by one attempted visitor.

This coming weekend, numerous restaurants and businesses from Philadelphia are coming together at Fishtown's Mad Rex Restaurant and Virtual Reality Lounge to benefit the employees at Little Lion who are out of work until the restaurant can reopen.

Little Lion owners Chris Younge and Jason Dills will host the event, which will include donated food from Sysco and Mad Rex, as well as about 20 other establishments (and counting), including Brauhaus Schmitz, Smokin’ Bettys, Revolution Taco, P’unk Burger, Cinder Copper & Lace, SliCE, and several others throughout the region.

“We have over 80 employees and we are seeking temporary placements for them now at fellow restaurants, bars, and other businesses,” said Younge.

“We have had a number of generous offers and other restaurant leaders are stepping up to help -- and we are working day and night to work with them to help our team. We also want to host a benefit to help them through this time and loss of income.”

The event will also include a silent auction for different prizes, including four club-level seats to a Philadelphia Eagles game next season and other autographed Eagles memorabilia. There will also be some items to benefit Red Paws, as more than a dozen animals died in the Old City fire. You can also expect a DJ and other live performances.

The event begins Sunday, March 4, from 1 to 5pm. Tickets start at $35 and include food, two drinks, and use of Mad Rex’s virtual reality lounge, among other benefits. Check out Little Lion's GoFundMe page for more details.