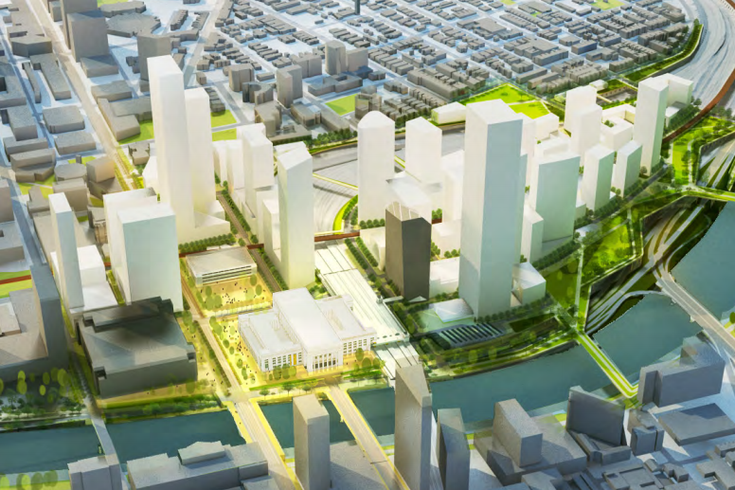 This artist's rendering shows a bird's eye view of a massive plan to overhaul 30th Street Station and the surrounding neighborhood.

Officials unveiled their draft plan  Tuesday for an ambitious overhaul of the 30th Street Station, shortly before holding an open house to publicly discuss the plan.

The Philadelphia 30th Street Station District Plan — a joint effort between Amtrak, Brandywine Realty Trust, Drexel University and SEPTA — rolled out their proposed steps to make the station and surrounding neighborhood more accommodating to increased rail use as well as residents and visitors to the area.

Among the developments the plan aims to achieve are a giant new urban neighborhood built over the rail yards, a pedestrian bridge over the Schuylkill River into Fairmount park, a sky-lit concourse connecting the station to the subway and trolleys and the expansion and improvement of surrounding parks and neighborhoods. 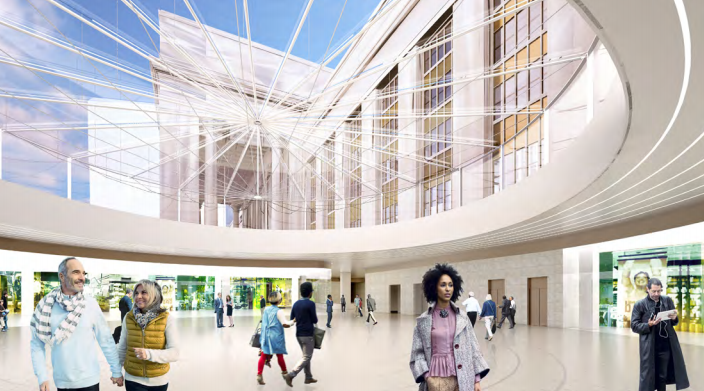 This artist's rendering shows a proposed sky-lit concourse that would connect the subway and trolleys to 30th Street Station.

The first of those developments to be completed under the plan would be the connecting concourse, which would be finished in the early 2020s.


Those behind the draft plan hope to turn the area into a more livable, walkable area while also increasing the transportation hub's ability to take in a growing number of riders. 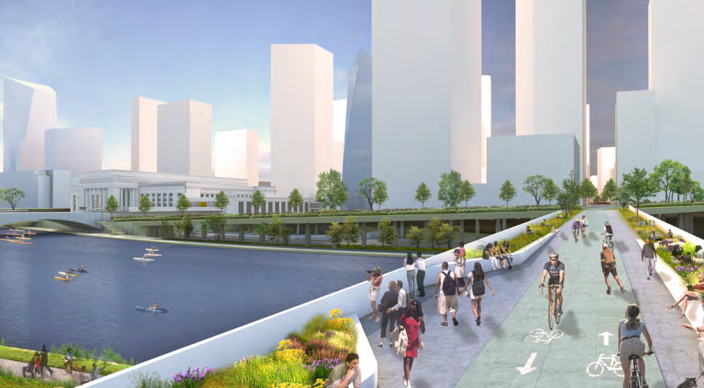 This artist's rendering shows a proposed pedestrian trail over the Schuylkill River.

New public spaces and a mixed-use "innovation neighborhood" — the plans for which were released earlier this month — would accompany other improvements such as a covered bus stop for BoltBus and Megabus passengers on the north side of Arch Street and a reopened concourse for Amtrak and NJ Transit passengers.


The timeline for the varied proposals stretches into 2050. Improvements to transportation are slated to begin first with the new neighborhoods and outward development set for later. 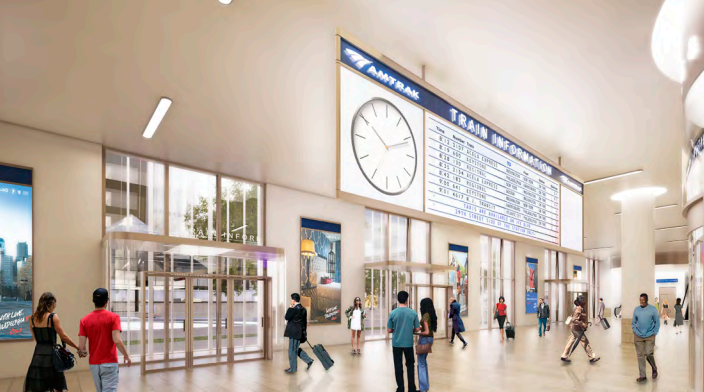 This artist's rendering shows the Arch Street entrance to a proposed north Concourse for Amtrak passengers at 30th Street Station.

An open house will be held at the station behind the Amtrak ticket office on March 16 from 4 p.m.to 7 p.m.

More information on the plan can be found here.