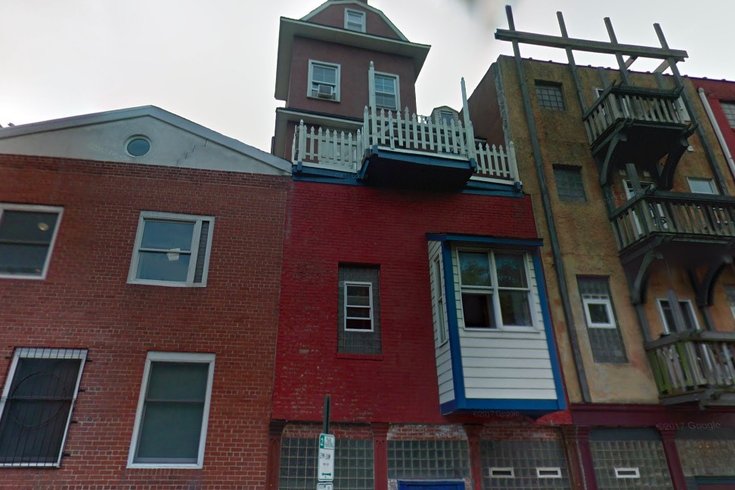 Investigators are probing the cause for an early Sunday morning two-alarm fire that tore through an Old City apartment building on the 300 block of N. Front Street, near Vine Street.

When fire crews arrived on the scene, it was too dangerous for personnel to enter the building, due to a partial collapse of the building's second floor. Crews instead had to pump in water from the outside.

Nearby witnesses described tall flames engulfing the four-story building around 3 a.m. Sunday. The building where the fire originated, as well as its two neighboring buildings, were all evacuated. The building interior is reportedly destroyed.

According to NBC 10, seven people are displaced due to the fire.

The fire was announced under control around 6 a.m. PECO, Philadelphia Gas Works, and Red Paw Relief Team were at the scene to help.

We are on-scene of the 300 block N. Front Street with @PhillyFireDept standing by for any pet needs. pic.twitter.com/I2ukn4qTu1

Update on N. Front Street: Two dogs displaced from apt next door staying with friends. Food provided. Still standing by with our partners on-scene to search for one missing cat in the apt building next to the fire. pic.twitter.com/RDcLKFi4Mz

The scene evoked the memory of another Old City fire, not far from the one that took place Sunday, that occurred less than a year ago on the 200 block of Chestnut Street. Reparations for that fire, which occurred over President's Day Weekend last year, are still continuing. The Little Lion, which was greatly damaged in the fire, hopes to reopen in 2019 after being closed for 11 months so far.